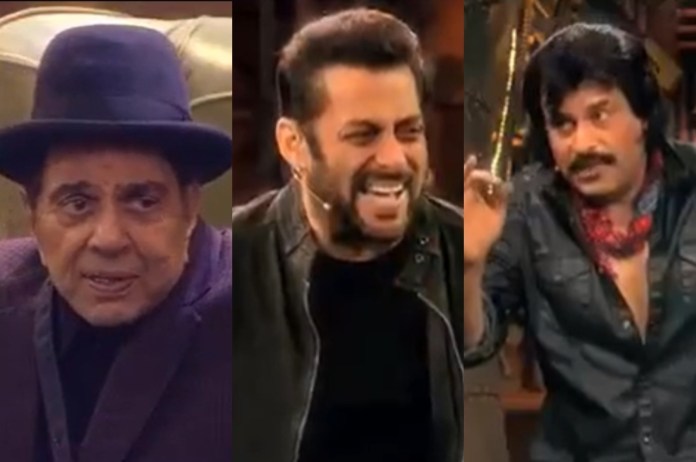 Bigg Boss 16: In the reality show Bigg Boss 16, the last ‘Shanivaar ka Vaar’ of the year 2022 is going to be a big bang. The Bollywood superstar Dharmendra is going to take a grand entry in the show. Its promo has been released by the channel Colors Tv.’ In the clip, Dharmendra is sometimes seen having fun with family members, sometimes dancing with Salman and doing comedy with comedian Krishna Abhishek.

The promo of ‘Shanivaar ka Vaar’ has been released, which is making high buzz among fans. In the promo video, all the contestants are paying tribute to Dharmendra by speaking his dialogue. At the same time, Dharmendra is also seen dancing with the contestants inside the house.

Krishna Abhishek will spice up the comedy

A lot of drama is going to be seen in ‘Shanivaar ka Vaar’. Dharmendra will also be seen dancing on stage with Salman Khan. Not only this, Krushna Abhishek will be seen becoming Jitendra and tickling Dharmendra and Salman Khan with his real personality. In the latest promo of ‘Bigg Boss 16’, Salman and Krishna can also be seen playing badminton on the stage.

These three members will also take a grand entry

In the upcoming epsiode of Bigg Boss, Karan Kundrra; Rajeev Adatiya, and Jannat Zubair are also going to come to the house for the New Year celebration. All three together will get some tasks done by the family members, and will be seen to reveal their secrets. After this, all three will be seen having fun with the family members and celebrating New Year.