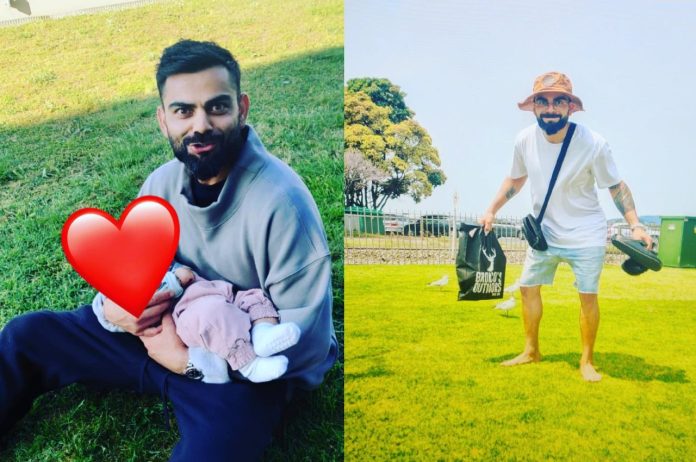 New Delhi: Indian cricketer Virat Kohli is celebrating his 34th birthday today (November 5). On this special day, fans on social media are congratulating him a lot. At the same time, now his wife and Bollywood actress Anushka Sharma has wished him in a special way, whose pictures are becoming increasingly viral on social media, and fans have showered comments.

Anushka Sharma has shared some photos of Virat Kohli on her Instagram account, in which Virat is seen having fun. These photos are becoming increasingly viral on social media. Fans are delighted to see such a style of Virat Kohli. At the same time, Anushka Sharma has also written a special caption for him, which is being discussed everywhere.

Sharing the photos, Anushka Sharma wrote in the caption, ‘”It’s your Birthday my love, so obviously, I chose your best angles and photos for this post. Love you in every state and form and way @virat.kohli”

The photos of both of them are covered as soon as they come on social media. The fan following of Virat-Anushka is also tremendous, and their every style makes the fans crazy about them.

Virat Kohli and Anushka Sharma met for the first time in the year 2013. The two met during the shooting of an ad. Virat Kohli and Anushka Sharma were shooting a TV ad for a shampoo brand, and from this, their love story started, and gradually both of them started falling in love with each other. After dating for a long time, both of them got married on 11 December 2017 and today they are blessed with a daughter Vamika.