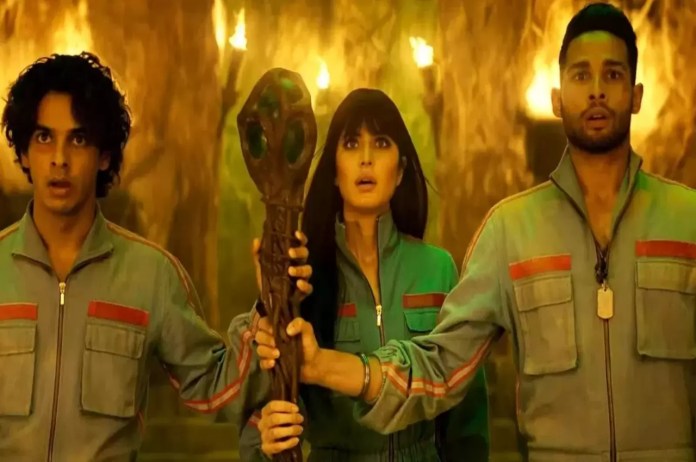 New Delhi: Katrina Kaif, Siddhant Chaturvedi and Ishaan Khattar’s film Phone Bhoot has to be released in theatres on November 4. Fans were waiting for a long time to see Katrina Kaif on the screen which is over now. At the same time, the box office collection of the first day of the film has come out.

Talking about the collection of Katrina Kaif, Siddhant Chaturvedi and Ishaan Khattar’s film ‘Phone Bhoot’, according to the report, the film made a business of only Rs 1.75 crores – Rs 2.25 crores on an opening day. At the same time, it is expected that this film can make good profits on the weekend. The character of Katrina Kaif is also quite different, and the story of the film should also be great, which can benefit the makers. In the film, Katrina is scaring people by becoming a ghost, and her acting is also rocking.