HomeEntertainmentWatch: Ananya, Suhana or Shanaya, who will get married first? Here's the...

Watch: Ananya, Suhana or Shanaya, who will get married first? Here’s the answer

The second season of Fabulous Lives of Bollywood Wives premiered on September 2, and there was more drama in store. 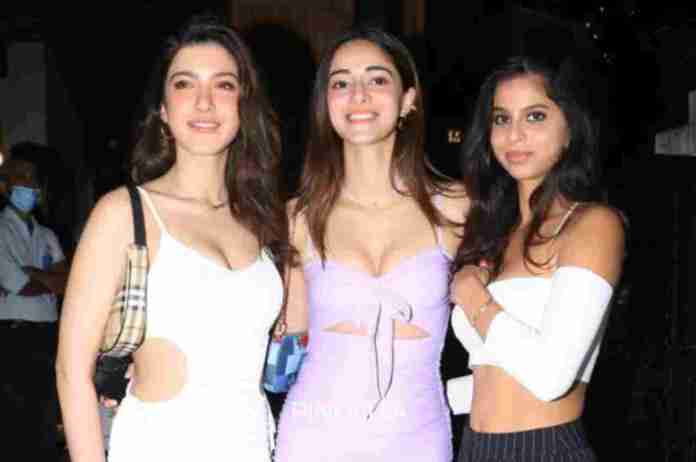 New Delhi: The second season of Fabulous Lives of Bollywood Wives premiered on September 2, and there was more drama in store. The renewal of Chunkey Panday and Bhavana Pandey’s wedding vows was one of the season’s standout moments. The couple’s daughter Ananya Panday was seen talking about her wedding with Shanya Kapoor in the episode. Maheep Kapoor’s daughter Shanaya is also a member of the cast of the television programme.

Ananya, while talking about her wedding, said that she will have three functions. Shanaya said, “I feel like between you and me, you’d (Ananya) get married first.” Ananya replied, “My whole idea was like, I was going to get married with them again. Waiting for that to happen.” Shanaya also said that she feels Ananya would get married first, followed by Suhana Khan and then she will be the last one to tie the knot.

Ananya also joked about gate-crashing Vicky Kaushal and Katrina Kaif’s wedding. “I came here (vow renewal function) thinking it was Vicky-Katrina’s wedding, but I think I came to the wrong place. Really wanted to go for that one.”

Meanwhile, Neelam Kothari, Bhavana Pandey, Maheep Kapoor, and Seema Sajdeh—the wives of Bollywood actors Samer Soni, Chunkey Panday, and Sanjay Kapoor, respectively—have their personal and professional lives highlighted in the book Fabulous Lives of Bollywood Wives. Sohail Khan and Seema were once wed, but they are no longer together.