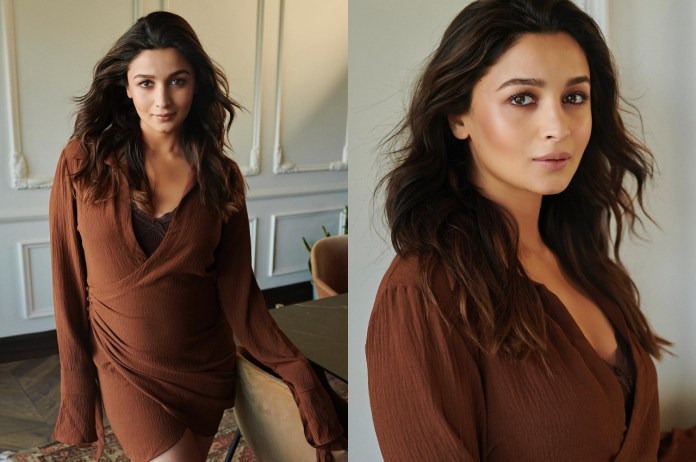 Alia Bhatt baby shower: Actor Alia Bhatt is expecting her first child with husband Ranbir Kapoor. The Brahmastra duo is currently on cloud nine and has every reason to celebrate. Alia is in her final trimester and grapevines are abuzz with the rumours of her baby shower. Overjoyed grandmas Neetu Kapoor and Soni Razdan are currently preparing for an all-girls special event, which will see presence of all, from Alia’s best buddies to her childhood friends.

Alia Bhatt announced her pregnancy in June. The actor shared a picture of her sonography session with husband Ranbir and wrote, “Our baby ….. coming soon”. Now, preparation of her baby shower are in full swing. The baby shower will be hosted by Neetu Kapoor and Soni Razdan, and the duo has already started the preparations. A recent report suggested that the event will have vegan-themed menu. For the unversed, the actor had turned vegan in 2020.

Talking about baby shower, the event will reportedly be held in October. The exact date will be revealed soon. Ditching the conventional ways, Alia Bhatt’s baby shower will have a unique theme, just like her wedding. Simple and sophisticated. Ranbir and Alia’s childhoods photos will also be displayed as the couple preps to welcome their little bundle of joy.

2022 is Alia Bhatt’s year. From Gangubai Kathiawad’s commerical success to Darlings’ critical acclaim, the actor has been garnering praises from all corners. Her latest outing Brahmastra is currently raking big money at the ticket window, ending Bollywood’s dry spell. The actor, who was also a part of SS Rajamouli’s magnum opus RRR, has a number of projects in her pipeline. She will next be seen in Karan Johar’s Rocky Aur Rani Ki Prem Kahani with Ranveer Singh. She also has Farhan Akhtar’s Jee Le Zaraa with Priyanka Chopra and Katrina Kaif.

Other than this, Alia is gearing up of her big Hollywood debut Heart of Stone. The actor will be seen sharing screen space with Jamie Dorman and Gal Gadot. The film will stream on Netflix.