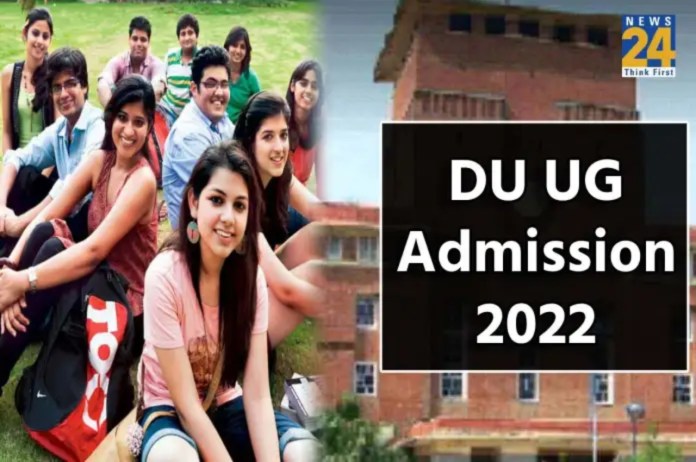 DU UG Merit List 2022: Delhi University has postponed the DU UG seat allotment process till today (October 19). The DU UG merit list which was scheduled to be released on October 18 will now be uploaded on the DU CSAS admission portal — ugadmission.uod.ac.in — or — du.ac.in — today.

The decision to postpone the release of the first merit list of DU UG was taken after the Supreme Court announced the hearing of a petition by St. Stephen’s College against the Delhi High Court’s order to adhere to the Delhi University’s admission policy on Wednesday.

The High Court has asked the college to follow the DU admission policy, according to which 100 per cent weightage will be given to the score of the Common University Entrance Test (CUET)-2022 while admitting non-minority students to its UG courses. However, St. Stephen’s College wants to give only 85% weightage to CUET and 15% weightage to interviews for admitting students in each category.

Classes will start on this date

The window to accept the allotted seat for the candidates was scheduled to be active on October 19, however, the first allotment process of DU UG is expected to be delayed. As per DU academic calendar 2022-23, classes for all first-year UG courses will start on November 2, 2022. DU practical exams for students will start from February 17 to February 26, 2023. This will be followed by the theory exam from February 27 to March 15.

The total number of applications for DU UG Admission 2022 has declined by around 40 per cent this year. PTI reported that the percentage of students getting UG admission in Delhi University from CBSE has increased by about 1.5 per cent as compared to last year, while applicants from other state boards including Kerala and Haryana have registered a significant decline.