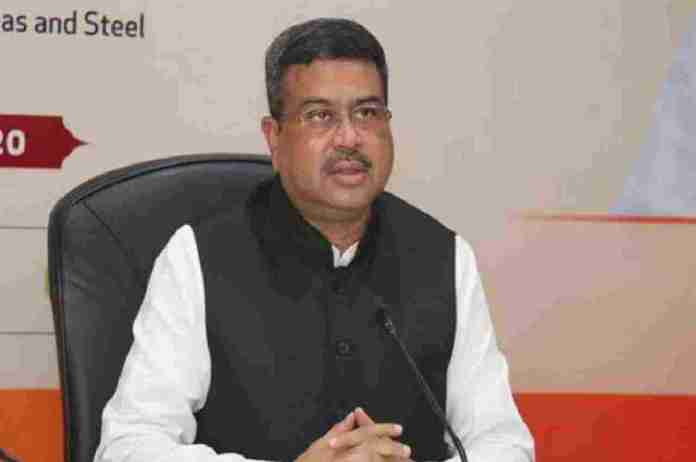 Kolkata: Union Education Minister Dharmendra Pradhan on Sunday informed about meeting a number of teachers in an alleged teacher’s recruitment scam on July 23. He assured the teachers to look into the matter where he also mentioned about writing to the West Bengal Chief Minister Mamata Banerjee regarding the issue.

“I have been in West Bengal for two days. There has been an incident of irregularities and corruption in the recruitment of teachers in the state. Several teachers met us yesterday and I assured them to look after this matter,” said the minister.

He also added that he will write to the West Bengal Chief Minister Mamata Banerjee in the matter.

The meeting of the minister with the teachers comes amid the controversy over the SSC recruitment scam where the Enforcement Directorate (ED) arrested former state Education Minister Partha Chaterjee.

Cabinet Minister in West Bengal Chief Minister Mamata Banerjee, Partha Chatterjee came under the scanner of the ED in an alleged case related to School Service Commission (SSC) recruitment scam. He was sent to the two-day custody of ED by the city court.

While talking to the media persons, the union minister also mentioned that he has made a request to the education fraternity regarding adding a chapter on Anusilan Samiti who was a revolutionary secret society against the British rule in India.

Said Union Education Minister Dharmendra Pradhan: “I urge NCERT and the education fraternity to include enough information about the contribution of in the fight for the freedom of the country in the 21st century, in the upcoming National Curriculum Framework.”