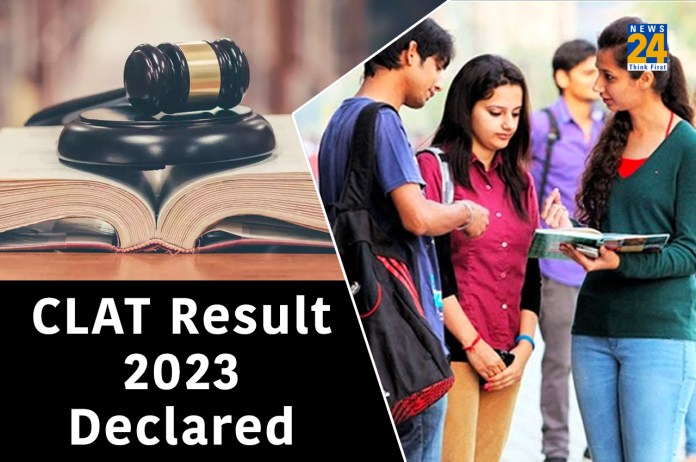 CLAT 2023: Today, December 23, the Consortium of National Law Universities (NLUs) released the results of the e Common Law Admission Test 2023. The CLAT scorecard for the 2023 exam, which took place starting on December 18, can be downloaded from the official website — consortiumofnlus.ac.in —

In 127 testing locations across 23 states and 2 union territories in India, the CLAT exam 2023 was administered. On December 22, scores for CLAT 2023 were tallied and validated, according to the official announcement.

By logging into their accounts on the CLAT 2023 portal on the Consortium of NLUs website, candidates can download their official CLAT 2023 scorecards. Two contestants, one from Maharashtra and Uttar Pradesh, each received a flawless 100 percentile score in the CLAT 2023 results.

Direct link to check the result

In the CLAT 2023 UG test 2023, two candidates received a perfect score. 150 questions were included in all 5 areas of the CLAT UG 2023 exam. In the final answer key, one question was deleted. The highest score in the UG version of CLAT 2023 is 116.75. Know the student population by state and the best grades.

For CLAT 2023, the overall attendance rate was around 94.87%. 56% of the candidates who applied for CLAT 2023 are women, 44% are men, and 2 candidates identify as transgender. For admission to five-year integrated UG and PG law programmes starting in the Academic Year 2023–2024, 61 universities that are not NLU affiliates will use CLAT 2023 scores.