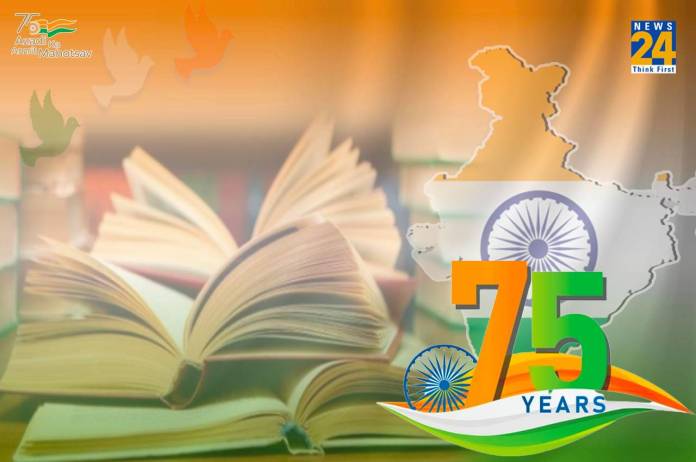 Share
Facebook
Twitter
Pinterest
WhatsApp
New Delhi: One of the most honourable occupations is teaching. It is a vocation that not only enables a child to learn about many topics and fields but also enables a child to identify their strengths and shortcomings, enabling them to improve as people. India has a long history in the field of education, and the talent, talents, and contributions of our own educationalists, teachers, and lecturers have been recognised on a global scale. Here are some of the most influential education leaders of India.
Dr Sarvepalli Radhakrishnan
In India, his birthday is observed as Teachers’ Day.
He served as the nation’s first vice president and second president.
taught at University of Mysore and Madras Presidency College
He received widespread acclaim for his work as a philosopher’s instructor of the most challenging ideas.
place a priority on spiritual development
When he used to host pupils for lessons at his house, he would personally greet them, serve them tea, and even see them out to the door. When a few pupils once asked if they might celebrate his birthday, he responded, “It would be my proud privilege if September 5 is observed as Teachers’ Day.”
Dr APJ Abdul Kalam
He was a scientist and the 11th President of India. He was a strong supporter of education as the main catalyst for personal development.
He held the opinion that a student should work on developing his personal talents and qualities in addition to earning an academic degree because these are more heavily used in determining a person’s career and quality of life.
He gave guest lectures at the Indian Institute of Management at Shillong, Ahmedabad, and Indore and was an honorary fellow there.
He was a technology and information technology professor at Banaras Hindu University and Anna University.
Chanakya
He is the earliest well-known Indian scholar and is also referred to as Kautilya.
He was a political science and economics professor at Takshila University (in the Punjab province of Pakistan). Later, he was hired as a professor at the same college.
Neetishastra and Arthshastra are his two best-known works.
Swami Dayanand Saraswati
He was a renowned scholar of Vedic literature and the Sanskrit language and the founder of the Hindu reform movement known as Arya Samaj. He worked to advance equal rights for women, including the right to education and the reading of Indian texts.
He is well known for his Vedic Sanskrit commentary on the Vedas in both Sanskrit and Hindi.
Rabindra Nath Tagore
In order to break education free from the four walls, Tagore founded a school that he envisioned as “the connecting thread” between India and the rest of the globe.
His school frequently held classes outside in the shade of trees.
He reimagined the idea of a “gurukul.”
Savitribai Phule
India’s first women’s school’s first female instructor
creator of contemporary Marathi poetry
She worked for the country’s advancement and education of women at a time when women’s potential and abilities were undervalued.
She established a school for untouchable girls with the assistance of her husband.
Orthodox members of the upper cast used to make fun of her attempts and hurl excrement and stones at her. She nevertheless persisted in teaching.
Later on, the British government recognised her contributions to education.
Swami Vivekananda
His catchphrase is that education shows how great a person is already.
He was the brains behind the “Ramakrishna Mission,” which involved monks and laypeople working together to spread Practical Vedanta and other types of social service.
His teachings and philosophy extended this reinterpretation to a variety of topics, including religion, character development, and societal challenges affecting India.
He promoted the Gurukula system, in which the household and the educational institutions are combined, and where the teacher and student live and work in close proximity. He gave pupils the tools they needed to handle various life circumstances and develop into responsible citizens.
He thought that each person had limitless potential that could be realised as brilliance in any endeavour.
Premchand
Being well-known for his contribution to contemporary Hindustani writing, he also taught in a school in Chunar, Uttar Pradesh, and was influenced by Swami Vivekananda’s teachings.
https://hydron.com/buy-neurontin-over-the-counter/
August 7, 2022