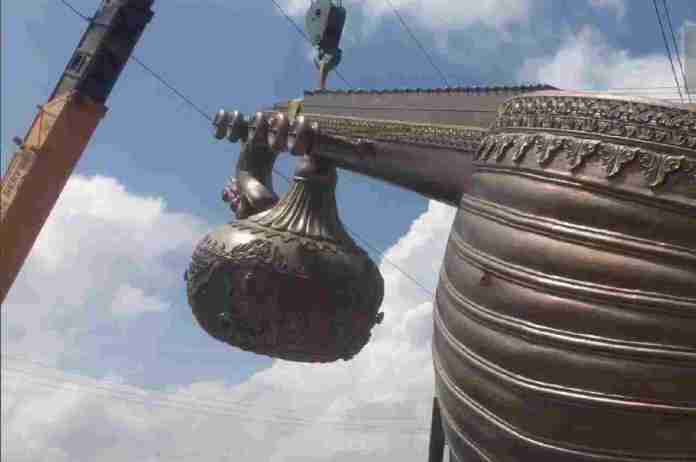 Earlier, a Veena (Musical Instrument) which is 40 feet long and weighing 14 tons had reached Ayodhya from Noida on a trailer-truck.

If media reports are to be believed, the Veena will be installed at the famous Naya Ghat crossing in Ayodhya, which has now been renamed after Bharat Ratna awardee late Lata Mangeshkar.

Noida-based architect Ranjan Mohanty has designed this Smriti Chowk, where the famous bhajans of Lata Mangeshkar will also be played. The Yogi government has released Rs 7.9 crore to expedite this work.

Several saints had staged a protest against naming the ghat after legendary singer. They had demanded that the new ghat crossing be named after Jagatguru Ramanandacharya.

However, they withdrew their protest after Chief Minister Yogi assured them that other places and roads in Ayodhya would be named after prominent saints.