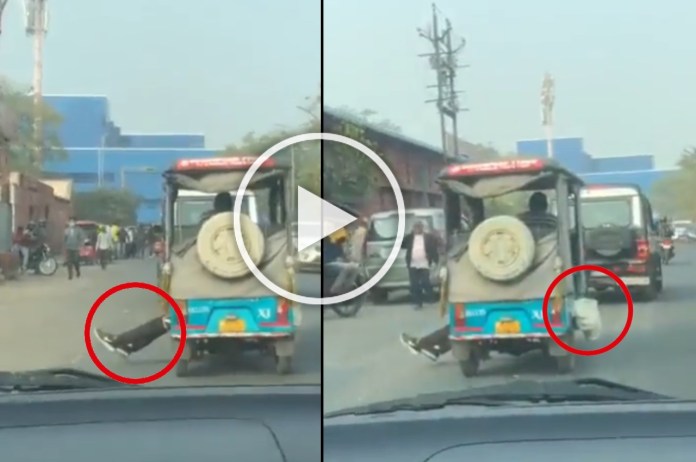 New Delhi: Dead body of a 35-year-old man was found abandoned having his face scratched by the animals but what the Jaipur Police did afterwards appaled everyone.

To take the body to mortuary, the police used an electronic-rickshaw. They put the dead body in the vehicle but it did not fit. Hence, the feet were hanging outside from one side of the vehicle while from the other edge, the head of the victim was seen draped in a plastic.

The viral video of the incident was shared by Journalist Sujeet Swami.

The visuals of the incident shocked everyone. A car behind the e-rickshaw shot the incident and posted it on social media. The video has been going viral since then, attracting extreme disgust on the video as well as the police.

In a preliminary investigation, it was found out that the man allegedly died due to the cold weather. As per media reports, the dead body was found lying near Women Hospital which was noted by a few children playing nearby.

They informed the police about the body after which, the “irresponsible” behaviour of the police revealed.