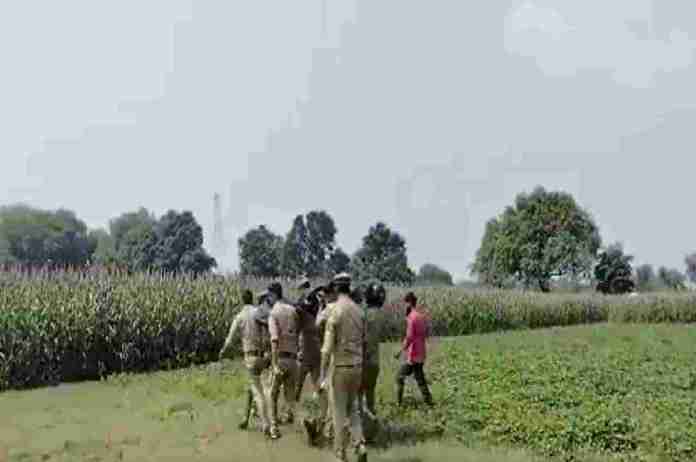 Auraiya (Uttar Pradesh): Dead body of a teenage girl who went to the field early morning on Monday was found in naked condition. She had gone to the field to relieve herself.

The incident took place in Divyapur area of Uttar Pradesh’s Auraiya where a girl whose age is assumed to be between 17-18 was found dead.

She had left house early morning but she never returned. After which, her family went to the field to find her lying without clothes.

Also Read: Watch | Neither Rains, Nor Heat Or Cold Can Batter This Yatra: Rahul Continues Speech Amid Heavy Rains

Soon after the police was informed, they reached the incident spot to recover her dead body. As per the police, there is no external injury on the body prima facie. However, the body has been sent for the post mortem.

Family of the deceased informed that they are not suspicious of anyone nor they had any personal enmity.

Seeing the condition of their daughter, they have alleged that the girl was raped and then, murdered.

A video of the incident is taking rounds on the internet where the police can be seen running after taking the body in custody.

While sharing the video, Congress on its Twitter account alleged that the Uttar Pradesh tops the list of being a state with the most crimes against women.

In UP’s Auraiya, a girl who had stepped out in the fields to relieve herself in the morning was later found dead. Family claims she was raped and murdered. A probe has begun. pic.twitter.com/TfJOrMcgfa