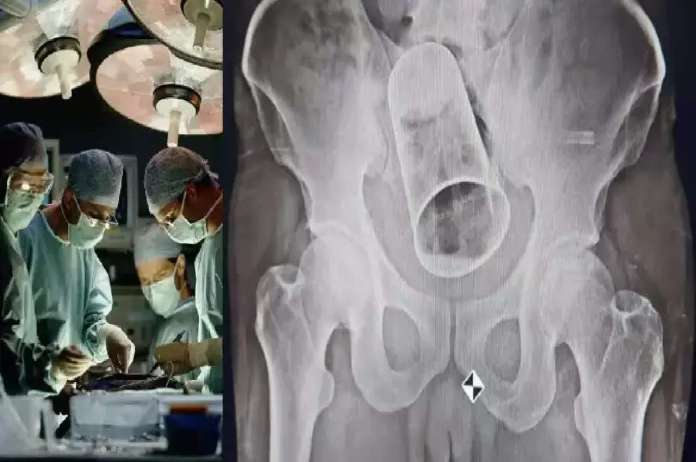 Patna: A horrifying story from Bihar’s Muzaffarpur district has emerged in which a young man was beaten up by his in-laws until he fainted. In addition, when he was unconscious, a steel glass was inserted in his private region.

According to reports, the young man had come to pick up his wife, where he was vandalised. The adolescent has been taken to the hospital for treatment, where his condition remains critical. However, the victim youth or his relatives have not yet reported the incident to the authorities.

According to the information, the victim is a resident of the Sahebganj police station area. He had gone to his in-laws’ place. There, his in-laws beat him so badly that he fainted. After that, a steel glass was placed into his private area. When the young man regained consciousness, he returned home.

The young man complained of stomach pains after returning home from his in-laws’ place. When he did not recover after treatment from a local doctor, the doctors referred him to Sri Krishna Medical College and Hospital (SKMCH).

When the doctor had his stomach X-rayed there, he discovered glass in his stomach. Following this, the medical team performed an operation on Friday to remove the steel glass after analysing the X-ray and other findings. However, the youth’s family has yet to file a police report regarding the incident.