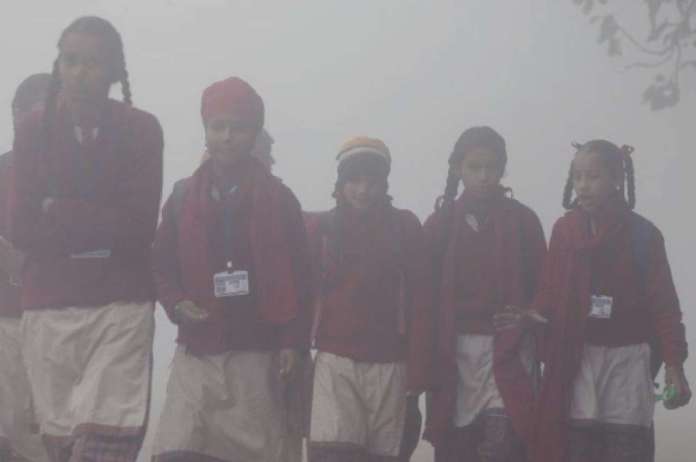 New Delhi: The Delhi government has decided to close all private schools in the city till January 15, according to an advisory. This choice was made owing to the cold spell. On Sunday, Delhi had a low temperature of 1.9 degrees Celsius. The Directorate of Education, Government of Delhi, issued an advise for private schools, stating that due to the impending winter, the schools will be closed till January 15.

Most private schools in Delhi were closed till January 8 and were set to reopen tomorrow. Delhi’s government schools will also be closed until January 15. The spread of the common cold continues in numerous states, including Delhi and Uttar Pradesh. For the next 48 hours, dense to very dense fog will continue to blanket several portions of Punjab, Haryana, Chandigarh, Delhi, Uttar Pradesh, and Bihar. As a result, the Meteorological Department has issued red and orange advisories for a number of states.

According to IMD scientist Dr RK Jenamani, the weather forecasting organisation has issued a red notice for cold wave and dense fog conditions across Punjab, Haryana, Chandigarh, Delhi, and Uttar Pradesh, and an orange alert for Rajasthan and Bihar. Because of an impending Western Disturbance on January 10, minimum temperatures in various regions of Northwest India are expected to rise by 2-4°C after two days.

Meanwhile, extreme cold wave conditions are expected to persist in isolated pockets throughout North Rajasthan, South Haryana, Chandigarh, and Delhi, as well as East Madhya Pradesh, on January 9-10. During the next two days, isolated cold wave conditions are expected in Bihar, Jharkhand, Uttar Pradesh, Vidarbha, Chhattisgarh, West Madhya Pradesh, and Telangana. On Sunday, the low temperature in Delhi was 1.9 degrees. For the previous two or three days, Delhi has been cooler than the hilly districts. Due to severe fog, trains arriving in Delhi are running late.