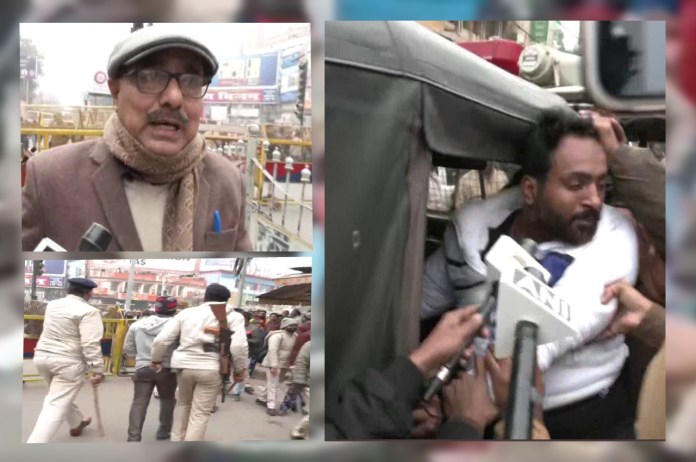 The video of the incident clearly shows the police’s brutal behaviour against thousands of students who were demanding the government to take action over the paper leak.

As per media reports, the protest was held against combined graduate-level exams, conducted in two phases by the BSSC on December 23 and 24 last year. The protestors have alleged that the question paper was out several hours before the exam was held.

The exam paper was leaked through the social media which is why, an inquiry should be held and the authorities should come up with a solution, said on of the protestors.

Taking note of the situation, the commission has cancelled the exam of the first shift but the students are demanding cancellation for exams of all shifts. They are saying that it is there future which is on risk here.

Earlier, Bihar Chief Minister assured the aspirants that the investigation in the matter is being “done properly.”

During the lathi-charge, police have arrested many of the protestors, saying that they started the vandalism in the area so the police reacted to it with charging batons at the protestors. Meanwhile, the officials have informed that the FIR will be filed against them.

“They started violence and vandalism and to control it, (lathi-charge) was done. Some have been arrested. FIR will be registered against them,” said MS Khan, Special Executive Magistrate, Patna.