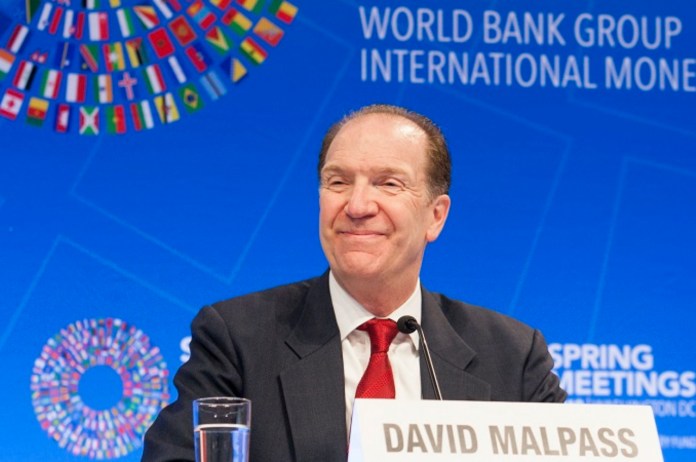 New Delhi: The world economy is “dangerously close” to entering a recession, according to World Bank President David Malpass, who urged for targeted aid for the poor on Thursday.

“The growth rate, we’ve lowered our 2023 growth forecast from 3 per cent to 1.9 per cent for global growth. That’s dangerously close to a world recession, and that’s – a world recession could happen under certain circumstances,” Malpass told reporters on the sidelines of the annual meeting of the World Bank and the International Monetary Fund here.

The inflation issue, interest rate increases, and the cessation of capital flows to the developing world all have an adverse impact on the poor, he said, adding that this presents a significant challenge for the bank.

“We are focused on helping people get ahead in developing countries, and right now there have been reversals. The countries, of course, are all different. So, we’ll have a discussion today of certain countries. So, it’s not monolithic at all,” Malpass said.

He claimed that several nations have already increased their interest rates to the point where they may no longer need to do so. Some nations have chosen to implement one type of subsidy over another.

“And so, fiscal policies are different throughout. And also, very importantly, some countries are commodity producers and some are commodity buyers. And so, we’ve, in general, advocated for countries that when–as they address the crisis that they try to have targeted responses. That means support for the poor; that means interventions that are targeted; and also, there’s an exit strategy, they are temporary”, Malpass said.

Malpass asserts that the rise in debt for emerging nations is primarily due to high interest rates, an increase in the total amount of debt, and a propensity for their currencies to weaken.

“The depreciation of the currency adds to the burden of the debt. We have a fifth wave of debt crisis facing the developing world”, he said.

He said the World Bank is the main route for the transfer of funds to the administrative side of the Ukrainian government, noting that there has been a lot of discussion on the country. “We had good conversations yesterday on that. We’ve set up yet another trust fund so that we can absorb money from various parts of the world, donor community,” he further added.

“On climate, we’ve had extensive interaction. As you may know, the World Bank is the biggest funder of climate action. We are proposing at this meeting a new trust fund called SCALE that would allow the world–the global community to put funding into global public goods. So, that’s the connection that needs to be set up within the global system to actually have impact on greenhouse gas emission reduction, Malpass said.