What is JAM? Know how it works, its advantages 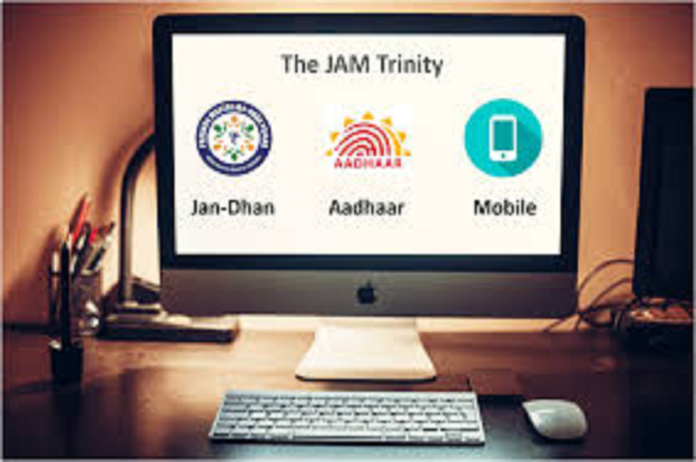 JAM: Indian Government has taken many steps during the last few decades in expanding population’s access to formal financial services accompanied by a number of regulatory breakthroughs. This entailed encouraging bank nationalisation at the beginning of the 1970s and enhancing banking accessibility in rural areas.

The Jan Dhan Account-Aadhaar-Mobile (JAM) trinity is one of the strategy which is used to assist the poor in receiving their welfare payments through Direct Benefit Transfers (DBTs) into their bank accounts. The main objective was to encourage people to open and use accounts by enabling direct government deposits. The result would be an increase in the official financial system’s influence over previously untapped markets.

What is JAM trinity

To ascertain if a citizen is eligible to take part in various government programmes, the Aadhaar number is utilised as a biometric identification verification. Aadhaar numbers can act as a person’s financial address thanks to the linkage of Aadhaar numbers to bank accounts, which simplifies the process of sending electronic welfare payments.

One must furnish their Aadhaar number and other identifying information in order to take part in the Mahatma Gandhi National Rural Employment Guarantee Scheme (MGNREGS) or the Indira Gandhi National Old Age Pension Scheme (IGNOAPS), for example (IGNOAPS). Any benefits owing to them would be deposited into the bank account connected to their Aadhaar number, which would be used to authenticate their identity.

Government transfers are placed into residents’ Jan Dhan Accounts, which are straightforward checking accounts with no frills. Additionally, it is now able to contact them and advise them that their welfare payment was successfully sent thanks to the widespread availability of mobile phones.

The JAM program’s main objective was to increase the number of people with bank accounts by extending financial services to those at the bottom of the economic pyramid.

The first release of Jan Dhan accounts came along with the RuPay debit card and state-run insurance and pension programmes. This consolidation helped the base of the pyramid since it made it simpler for them to access various forms of credit and other financial services.

The old-fashioned way of sending money involved using physical channels, which had inefficiencies because there were middlemen involved.