Shaktikanta Das, the governor of the Reserve Bank of India (RBI) said on September 20 that central bank is dedicated to fostering innovation for fintech businesses while also keeping consumer protection in mind. 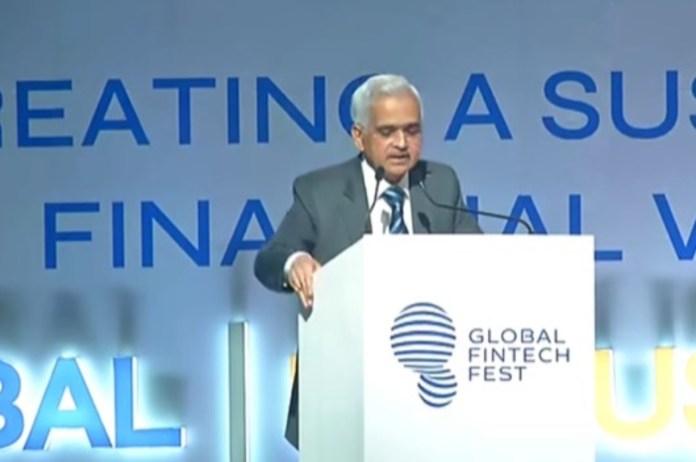 New Delhi: Shaktikanta Das, the governor of the Reserve Bank of India (RBI) said on September 20 that central bank is dedicated to fostering innovation for fintech businesses while also keeping consumer protection in mind.

“I assure fintechs that we are here to support innovation,” Das said at the Global Fintech Festival in Mumbai. “We (RBI) will come two steps ahead if you come one step ahead with innovation.”

Innovations should be responsible and beneficial to consumers, the governor stressed, even though they are “very much appreciated.” Fair practises and strong governance will go a long way toward preserving the business models of fintechs.

Das’ remarks are made in light of the recent announcement of the RBI’s guidelines for digital lending. According to the guidelines published by the RBI on August 10, all loan disbursements and repayments made through digital lending apps must be made directly between the bank accounts of the borrower and the regulated entity, without the involvement of the LSP, a third party, or any pass-through or pool accounts.

According to certain industry insiders and fintech entrepreneurs, this may hinder innovation in the market.

Das claimed on September 20 that the ingenuity of fintechs allowed the nation, the economy, and the financial markets to continue operating normally throughout the pandemic. The governor stated that the government and authorities have established an enabling ecosystem to support the fintech industry, adding that this ecosystem has developed and is prepared to take a quantum leap.

According to Das, the next ten years of finance will be dominated by two major themes: sustainable development and technological advancements that improve the life of the average person. He asserts that providing credit in collaboration with traditional lenders, particularly in rural and semi-urban regions, is one of the most revolutionary roles that fintechs can play.

The governor noted that while the RBI continues to encourage technology, it will also improve customer protection, cyber security, resilience, and manage financial stability. According to him, it is equally crucial to give governance and behaviour issues in fintechs enough attention.

Das cautioned about the dangers of BigTech in the fintech industry. He explained that innovation had brought about a period in which a few number of businesses, or the so-called BigTech in fintechs, were able to exploit vast amounts of customer data.

Das cautioned that these developments, although very positive, also pose questions about concentration, risk, and potential spillovers if their level of involvement with the financial system grows.

Currently, PhonePe, which is supported by Walmart, accounts for 46% of all monthly UPI transactions, followed by Google Pay (38%), and Paytm Payments Bank (13%).

Das had stated on June 17 that the arrival of large fintech companies into the financial sector could lead to systemic worries, especially those related to overleverage. According to the RBI’s Vision 2025, the regulator will publish a discussion paper on the need for appropriate regulation of such fintechs given their increasingly dominating position in the payments ecosystem.