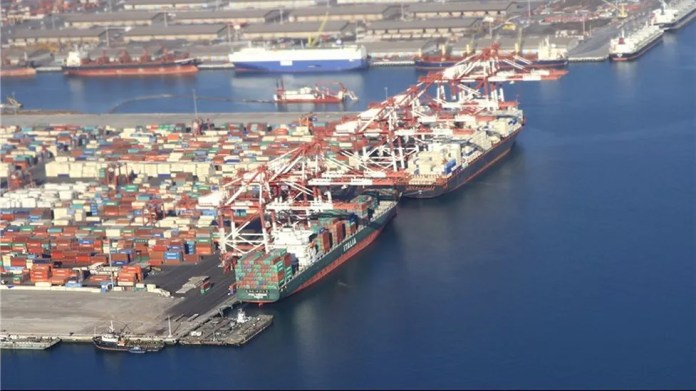 New Delhi: The Center’s efforts to use Iran’s Chabahar Port for trade have been accelerated by recent geopolitical developments. As a result of Union Shipping and Ports Minister Sarbananda Sonowal’s visit to Iran, Business Standard reported that India may extend the port’s short-term lease by an additional 18 months.

According to shipping ministry officials familiar with the situation and speaking to Business Standard, the Iranian Ports and Maritime Organization (PMO) proposed the one and a half year extension. The proposal is currently being looked into by the Center and is likely to be discussed during Sonowal’s visit to Iran.

“Our vision is to make Chabahar Port a transit hub and link it to the INSTC (International North South Transport Corridor) to reach out to Central Asian countries,” Sonowal told the media in the run-up to his visit.

The goal, according to a representative, was to extend the contract’s term as a general pledge to keep working together to develop the port.

The absence of a long-term investment commitment, according to sources, has been raised as a barrier to commerce. India is working to advance a long-term deal to inspire trust in all parties involved.

Only when industries are confident in a project’s long-term viability can long-term supply networks be built.

The ministry is seeking a trans-Caspian multi-modal transit corridor between Central Asian and South Asian countries and has been pushing for increased trade participation through the port.

The route was chosen as a substitute for the substantially longer European route through the Suez Canal.

A 7,200 km long commercial route between India, Russia, and the Eurasian and Central Asian countries, the INSTC is said to have an eight-fold potential increase in commerce.

A document of understanding regarding the reciprocal recognition of seafarers’ certificates of competency on unlimited voyages between India and Iran is anticipated to be signed by Sonowal.

Also Read :-ZOMATO shares skyrocket due to purchase of funds, know if it will continue in future

According to officials from the ministry, as a sign of collaboration, the agreement might also lead to training exercises for Iranian sailors in India.

Chabahar Port represented the hope for thriving international trade between Central Asian nations, India, Russia, and Europe five years ago under the INSTC.

Traders are no longer using this path to conduct business with Russia and Europe because of Iranian sanctions, a lack of shipping lines, and a robust supply chain. Instead, they are continuing to use an alternate, far longer routes.

The Center informed the Parliament last year that Chabahar Port was unaffected by the international sanctions against Iran. The expansion of the port has been hampered, according to insiders and authorities in the shipping industry, by the uncertainty it generates in traders to conduct business with Iran and the unwillingness of banks to get engaged in such operations.

The Center has made an effort to address the supply chains issue. India and Uzbekistan have signed a contract to carry out a test container freight shipment with the greater objective of examining regular trade potential.

Since a lack of either would result in delays and cost inflation, the main goal of these is to guarantee that there is a consistent supply of both inbound and departing cargo.

India’s trade through the INSTC now has a new window of opportunity thanks to Russia’s invasion of Ukraine. According to sources, India’s purchases of Russian oil soared after the country recently discounted the product sharply in response to US-led global sanctions.

Sonowal’s visit follows the recent participation of CIS representatives in India’s Chabahar Day celebrations, where Indian businesses have shown a willingness to expand commerce in the area.