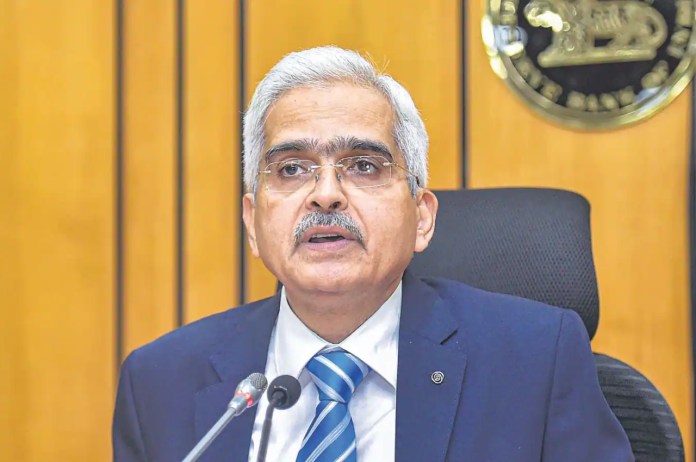 New Delhi: With the price situation continuing “unacceptably and uncomfortably” high, members of the RBI’s Monetary Policy Committee emphasised the importance of preventing inflationary drift and bringing it down to the target zone, according to minutes of its recent policy meeting.

Reserve Bank Governor Shaktikanta Das said the policy actions of the central bank “would continue to be calibrated, measured and nimble depending upon the unfolding dynamics of inflation and economic activity.”

Also Read :-How Sonowal’s visit to Iran may result in extension of lease for Chabahar Port

Das stated that retail inflation was “unacceptably and uncomfortably” high in the minutes of the MPC meeting that were made public on Friday. He and other members had suggested raising the repo rate by 50 basis points at the previous policy review to stop retail inflation from rising above the target.

The benchmark lending rate was raised by 50 basis points to 5.40 percent by the MPC at its meeting from August 3 to 5.

The sequence of policy measures, Das said, “is expected to strengthen monetary policy credibility and anchor inflation expectations. Our actions would continue to be calibrated, measured and nimble depending upon the unfolding dynamics of inflation and economic activity.”

The government has given MPC the responsibility of ensuring that Consumer Price Index (CPI)-based inflation stays at 4% with a margin of 2% on each side.

Inflation as measured by the CPI was 7.01% in June and 6.71% in July. The National Statistical Office (NSO) has set September 12 as the date for the release of the data for August.

Governor Das added that the steps taken by the RBI are intended to assist growth by first lowering CPI inflation within the target range and then, over the medium term, bringing it near to the target of 4%.

“We will continue with ‘whatever it takes’ approach, given the new set of challenges and very high uncertainties that we are confronted with,” he added.

Patra also emphasised how big and frequent the shocks are right now. They run the risk of un-anchoring inflation expectations when coupled with the rise in expenditure made possible by the epidemic, in his opinion.

Regarding exchange rates, he claimed that the unyielding strength of the US dollar, which has increased by more than 8.3% since March 31, 2022, is the elephant in the room.

Rajiv Ranjan, executive director of the RBI and a member of the MPC, stated that threats to the global economy, which were at first thought to be stagflationary, are now more and more showing signs of being that of an outright recession for most economies. The argument over a harsh vs soft landing for the world economy has been stoked by this.

The MPC is made up of three RBI representatives and three central government nominees. Shashanka Bhide, Ashima Goyal, and Jayanth R Varma are the members of the panel who have been nominated by the government.