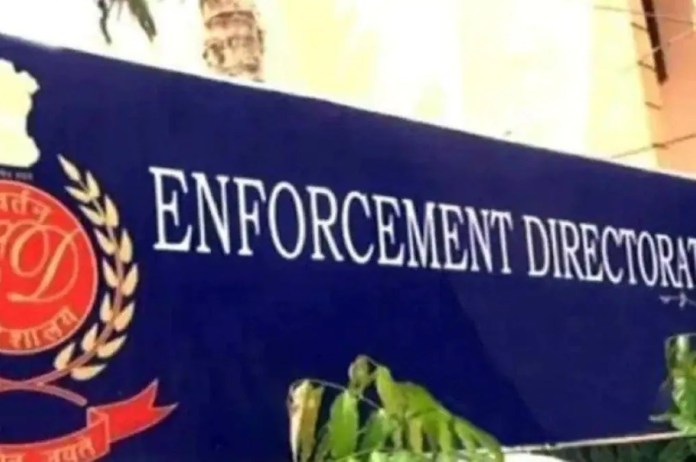 New Delhi: In connection with an investigation into Aamir Khan and others with the gaming software E-nuggets, the Enforcement Directorate on Wednesday froze Bitcoins worth $12.83 crores.

The cryptocurrency was frozen in accordance with the terms of the Prevention of Money Laundering Act (PMLA).

On the basis of a FIR dated February 15, 2021, filed by Kolkata Police’s Park Street Police Station against Aamir Khan and others under several IPC provisions, the enforcement agency launched an investigation.

The Federal Bank authorities complained to the Chief Metropolitan Magistrate in Calcutta, which served as the basis for the FIR.

Aamir Khan, the son of Nesar Ahmed Khan, introduced the smartphone game E-Nuggets, which the ED claimed was made with the intention of scamming users.

“Further, after collecting the sizable amount of money from the public, all of a sudden withdrawal from the said App was stopped on one pretext or the other. There after, all data including profile information was wiped off from the said App servers,” the agency said on Wednesday.

The investigation indicated that the accused was utilising Crypto Currency Exchange to send some of the money obtained unlawfully through the gaming app (E-Nuggets) to foreign countries.

“It was found that one such dummy account in the name of Sima Naskar, Proprietor of Pixal Design] was opened in the WazirX, which was used to purchase the cryptocurrencies/crypto assets. Thereafter, the said cryptocurrencies were further transferred to another account in another Crypto Exchange namely ‘Binance’,” it said.