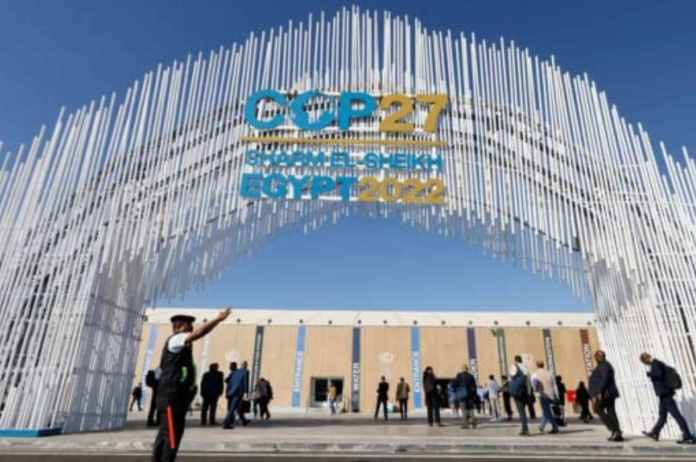 New Delhi: In an effort to prevent the negative effects of climate change, representatives from 198 nations are meeting in Egypt. Climate financing and compensation are the main topics of discussion during the COP27 session.

The developed countries are just not making up their fair share of the problem despite traditionally being the main source of greater emissions, CNBC reported citing a recent assessment on carbon emissions.

António Guterres, Secretary-General at the UN said, “We are on a highway to climate hell with our foot still on the accelerator.”

The annual climate summit’s agenda includes money for loss and damage brought on by climatic disasters for the first time in 28 years. Over the past several years, India has been one of the emerging countries that has pushed for this. Bhupendra Yadav, the minister of environment for the Union, argued for a clear definition of climate finance and urged wealthy countries to take up and pay their due part.

Speaking at COP27, Bhupendra Yadav, Minister of Environment & Climate Change said, “Climate finance is still a mirage, and effective climate adaptation such as early warnings for all helps us collectively in our region toward reducing vulnerabilities and ensuring preparedness and swift and timely response to natural hazards.”

Rich nations committed to making $100 billion in contributions by 2020. After two years, they are still far distant from achieving their goal. Even worse, according to a study by Carbon Brief, they are not even making a fair contribution in proportion to their emissions.

To compensate for its carbon emissions, the United States should provide $39 billion. However, the analysis reveals that in 2020, the US contributed just $7.6 billion. This amounts to less than one-fifth of the US’s fair contribution of financing for climate change.

Josh Gabbatiss, Climate Correspondent at Carbon Brief said, “Carbon analysis shows – countries are far behind with the historical responsibility for climate change. US which is responsible for a fifth of all CO2 emissions that have been released, they have only contributed $8 billion in 2020 which may sound like a lot but it is $32 billion short of what it should be committing.”

The US is not alone itself. Many wealthy countries do not contribute what is fair to climate financing. Canada is only making its fair share of contributions, which is 37%. In relation to its emissions, the UK is paying 76% of its fair share and Australia is at 38%.

The exceptions include nations like France, Germany, and Japan. They have been contributing more than they should, but there is a catch: these countries are giving loans rather than grants.

The COVID-19 outbreak and the conflict in Ukraine have raised energy prices globally. The switch to green energy has momentarily been put on hold. However, the threat posed by climate change is only growing, and the demand for fair climate financing is only escalating.