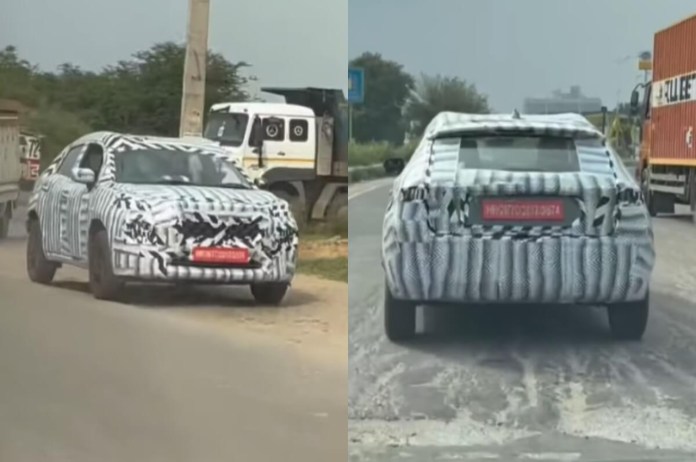 New Delhi: Maruti Suzuki is all set to launch the new Grand Vitara SUV in the Indian market during the festive season, ahead of Diwali. MSIL is also preparing several new SUVs, including the 5-door Jimny, an SUV based on the Baleno and a new 3-row SUV.

The new Baleno-based SUV, internally named Maruti YTB, will make its global debut at the Auto Expo 2023. It is expected to be unveiled in February 2023.

The Maruti Baleno YTB SUV will be sold through the NEXA dealership network and will be positioned alongside the Brezza. It will compete with Nissan Magnite, Renault Kiger, Hyundai Venue and others.

Designed and developed on the Suzuki Heartect platform, the new Maruti YTB SUV will share styling from the Futuro e concept unveiled at the Auto Expo 2020.

The latest spy shots reveal that the YTB SUV sports a chrome trapezoidal front fascia that looks similar to the one offered on the Grand Vitara. In addition, the SUV gets a split headlight setup with 3 LED DRLs on top and projector headlights on the lower bumper. It has a coupe-style sloping roofline.

The YTB SUV will feature a chopped windshield, roof rails, angular wheel arches, black plastic trim around the body and an integrated spoiler on the boot lid. It is likely to get newly designed 16-inch diamond-cut alloy wheels.

The interiors of the SUV will be shared with the Baleno. It will have a 9-inch touchscreen infotainment system with wireless connectivity, a range of connected car features, semi-digital instrument cluster, wireless charger, head-up display and ventilated front seats. It will probably also get an electric sunroof.

The new Maruti YTB SUV is likely to be powered by a new 1.0-litre Boosterjet petrol engine which is likely to produce around 100bhp and 150Nm of torque.

The engine is likely to get a 48V mild hybrid SHVS system with an integrated starter generator. Both manual and automatic transmissions will be available. The base variants are also likely to get the 1.2L NA petrol engine with manual and AMT gearboxes.