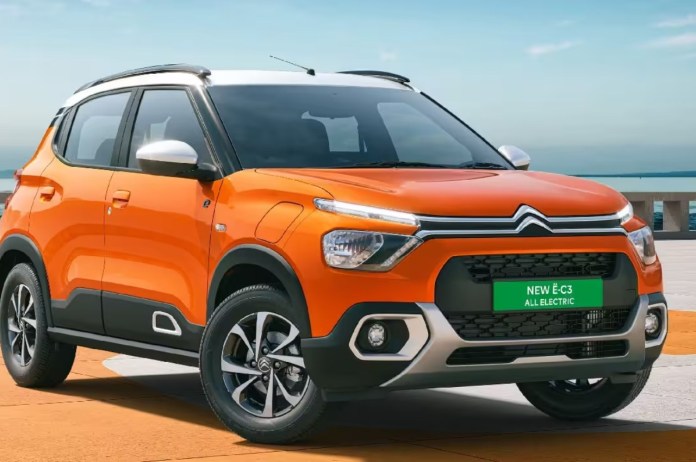 New Delhi: French automaker Citroën has revealed the specifications of its upcoming electric hatchback car eC3 in the country soon. The company had launched the ICE version of this car only last year.

Citroën’s eC3 will get a 29.2kWh battery pack, which according to the company will give a range of up to 320km on a single charge. The electric motor fitted in it can produce 57 Bhp power and 143 Nm torque. This car will get a front axle mounted electric motor, which will get two driving modes like Eco and Standard. In which regenerative braking system will also be available. A DC fast charging will also be supported in EC3, which can fully charge this car in 57 minutes. While it will take 10.5 hours to charge this car with a standard charger. This time is more than the Tiago EV, which is going to be a direct competitor of the eC3 in the market.

Talking about its design, the eC3 will get to see everything similar to its petrol variant, except for the charging port and the modified tail-pipe. On the inside, the electric C3 will get a new gear selector instead of the manual gearbox like the petrol version. Also, it will get a 10-inch touchscreen with wireless smartphone connectivity as features, a four-speaker audio system, a dedicated app for charging or locating charging stations.

The electric eC3 is expected to get a good response from the market. People buying an electric vehicle for the first time will like it more. Currently, Tata Motors has most of the cars available in the EV segment for less than Rs 20 lakh, in which the company is about to add more. Very soon eC3 can also be launched in the country.