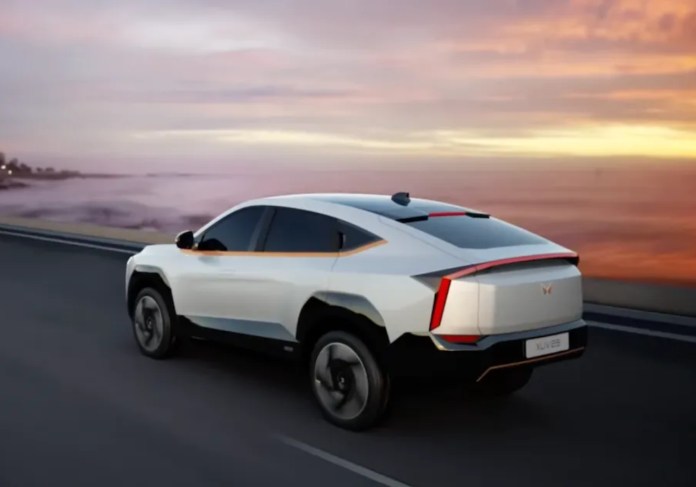 New Delhi: The festive season is almost here and automakers are gearing up to launch new models to boost their sales. Here is a brief overview of newly launched and soon to be launched cars/SUVs that can be a good buy this festive season. We have divided the models into four main divisions – hybrid SUVs, electric SUVs, CNG cars and small and cheap vehicles.

The Indo-Japanese automaker is all set to launch the all-new Maruti Grand Vitara SUV by the end of September 2022 (i.e. near the Navratri festival). The SUV will be available in 10 variants (2 strong hybrid and 8 mild hybrid) and 9 color variants (3 two-tone and 6 monotone). Its powertrains include a 1.5L K15C mild hybrid and a 1.5L TNGA Atkinson cycle producing 103bhp and 115bhp respectively.

It is to be noted that the mild hybrid variants will get two transmission options – a 5-speed MT and a 6-speed AT and the strong hybrid version will be available with an eCVT unit. The Suzuki All-Grip AWD system will be available as an option. More details here…

The Toyota Urban Cruiser Hyryder is all set to hit showrooms in the coming weeks. If fuel economy and advanced technology are your priorities, the Hyryder could be a good choice for this Navratri festival. The SUV shares its design cues, platform, features and hybrid powertrains with the Maruti Suzuki Grand Vitara. However, both models look different and have different extension variants.

The Toyota Hyryder will be offered in 4 trims – E, S, G and V powered by Toyota’s 1.5L TNGA Atkison Cycle and Suzuki’s 1.5L K15C mild hybrid. Similar to the Grand Vitara, it can be had with three transmission options – 5-speed MT, 6-speed AT and eCVT. The new Toyota SUV is loaded with a lot of advanced gadgets. More details here…

Mahindra XUV400 electric SUV prices will be announced on September 8, 2022. It is the electric version of the XUV300, but it is longer and offers more cabin space. If reports are to be believed, it could be equipped with ADAS (advanced driver assistance system) along with Adreno X AI-linked technology.

The automaker will source NMC cells from LG Chem, which will be used for the XUV400. These cells are said to be better than the Tata Nexon EV’s cylindrical LFP cells. It can be supplied with a battery in the range of 40 kWh to 45 kWh and provides a range of around 400 km. More details here…

Tata Motors launched the Nexon EV Max in May 2022. This Navratri festival could be great for buyers looking for a long-range electric car. The electric SUV is a more powerful iteration of the standard long-range model. The Tata Nexon EV Max is currently available in XZ+ and XZ+ LUX variants priced at Rs 17.74 crore and Rs 19.24 crore respectively.

It can be had in three color versions – Daytona Grey, Intensi-Teal and Pristine White. The model uses a 40.5kWh battery that drives an electric motor mounted on the front axle. It provides a power of 143 hp and a torque of 250 Nm. The Nexon EV Max offers a claimed range of 437 km on a full charge. It can accelerate from 0 to 100 km/h in less than 9 seconds.

Launched in August 2022, the Maruti Swift CNG could also be a good buy for people looking for an economical CNG car. The CNG hatchback is available in VXi and ZXi variants which are priced at Rs 7.77 lakh and Rs 8.45 lakh respectively.

The model comes with a 1.2L petrol engine coupled with a factory fitted CNG kit. The setup promises a peak power of 77bhp and 98.5Nm of torque, which is slightly less than the regular petrol engine. The automaker says the Swift CNG “is the right offering for customers looking for a spicy yet fuel-efficient city drive.”

Hyundai Motor India has switched to a new CNG variant of the Grand i10 Nios hatchback. The new Hyundai Grand i10 Nios Asta CNG has been priced at Rs 8.45 lakh, making it roughly Rs 92,000 more expensive than its manual petrol counterpart.

The model is powered by a naturally aspirated 1.2L petrol engine which is coupled with a CNG kit. It offers a claimed 68bhp and 95.2Nm of torque, making it 14bhp more powerful and 19Nm more torquey than the regular petrol unit. More details here…

If you are looking for a compact and affordable city car, then the all new Maruti Alto K10 will be a great choice for you. The new generation hatchback model recently went on sale at a starting price of Rs 3.99 lakh.

It comes in 6 exterior color variants and two accessory packages. Compared to the previous model, the new one is larger and has better styling and advanced features. The new 2022 Maruti Alto K10 is powered by an updated 1.0L Dualjet, Dual VVT K-series petrol engine with start/stop technology. More details here…

You can also consider the newly launched Citroen C3 this Navratri festival. It is the French automaker’s second offering in the Indian market. The compact hatchback comes in two trims – Live and Feel and 6 variants priced between Rs 5.70 lakh and Rs 8.05 lakh (all, ex-showroom). Under the hood is a naturally aspirated 1.2L petrol and a 1.2L turbo petrol engine with 82bhp and 110bhp respectively.

Initially, the C3 was only offered with a 5-speed manual transmission. Citroen claims that its naturally aspirated and turbo engines deliver fuel economy of 19.8 kmpl and 19.4 kmpl respectively. It is available in 6 two-tone and 4 monotone color variants.