Royal Enfield Super Meteor 650 can knock in the Indian market by the end of this year. Let us know what features this bike is equipped with. 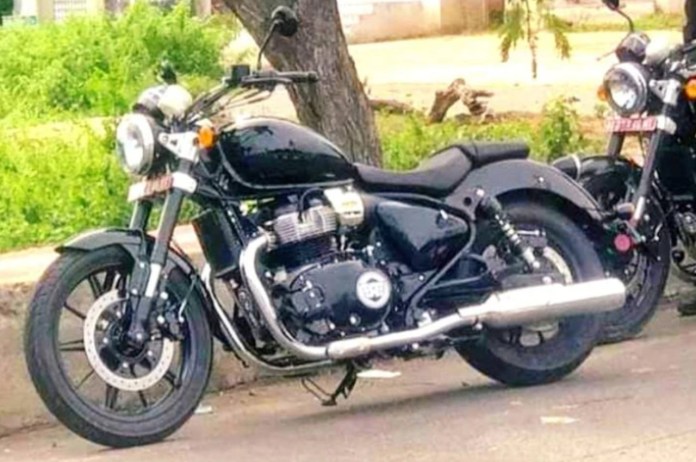 As per the spy shot, the test mule gets a retro-style round headlamp, which is topped by a non-adjustable, large windshield. The bike gets chromed crash guards, road biased tyres, alloy wheels, forward footpegs, low slung, fatter rear fenders, round taillamps and turn indicators and twin pipe exhaust system. Apart from this, the company can also offer many touring-friendly accessories with the bike.

The RE Super Meteor 650 will get hard case panniers on the left, flat footrest for rear seating, engine guard with auxiliary lights, top box on the tail rack and tall windscreen. Like the RE Meteor 350, the Royal Enfield Meteor 650 will feature a semi-digital instrument cluster. The company may also offer a small pad for tripper navigation. Equipped with 650 cc, this bike can rule in its segment.

In the first week of August, bike maker Royal Enfield launched its new 349cc Hunter 350 bike. Now the company has started its delivery without making its customers wait much. Let us know that this bike has been brought at an initial price of Rs 1.49 lakh (ex-showroom) and a total of three variants are available in it.