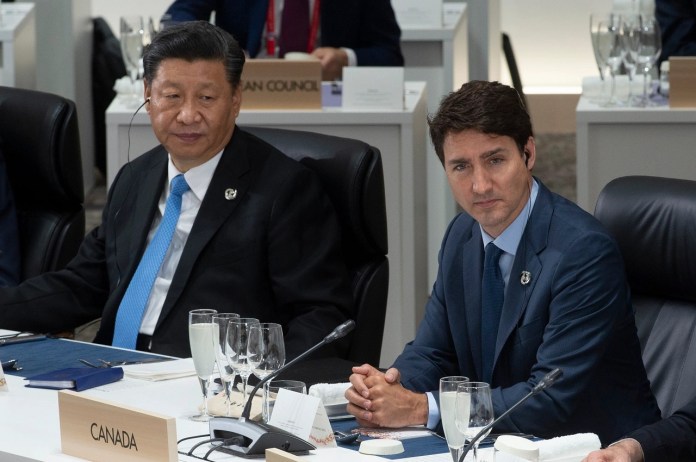 Bali: Chinese President Xi Jinping accused Canadian Prime Minister Justin Trudeau of leaking their discussions, on the sidelines of the G20 Summit in Bali , and termed it as “inappropriate”.

Bloomberg reported that Xi spoke with Trudeau at the closing session of the summit at G20 with the help of a translator and discussed the conversation that was leaked to a paper.

A video of the incident showed the Chinese president expressing his displeasure that “everything we discuss has been leaked to the paper, that’s not appropriate.”

“That’s not how, the way the conversation was conducted. If there is sincerity on your part…” Xi further said.

The Cdn Pool cam captured a tough talk between Chinese President Xi & PM Trudeau at the G20 today. In it, Xi express his displeasure that everything discussed yesterday “has been leaked to the paper(s), that’s not appropriate… & that’s not the way the conversation was conducted” pic.twitter.com/Hres3vwf4Q

“We believe in free and open and frank dialogue and that is what we will continue to have. We will continue to look to work constructively together, but there will be things we will disagree on,” Trudeau said.

On Tuesday, Trudeau raised “serious concerns” over suspected domestic interference by China in his first talks with Xi in more than three years, a Canadian government source told Reuters.

The “interference” is possibly a reference to a Canadian media report from earlier this month that cited intelligence officials saying they suspected China of meddling in the 2019 election. Also, an employee at Canada’s largest electricity producer was arrested and charged by police on Monday over allegations of trying to steal trade secrets for China.

Trudeau and Xi also discussed Russia’s invasion of Ukraine, North Korea, and the importance of December’s summit in Montreal “to protect nature and fight climate change”, the source said. They also talked about “the importance of continued dialogue,” the source added.