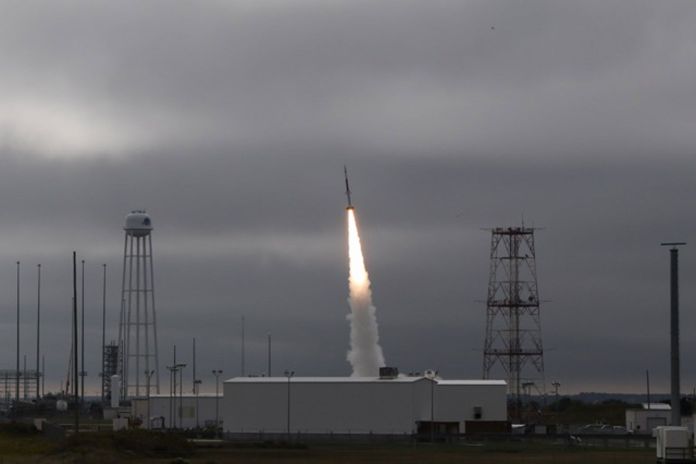 New Delhi: The U.S. Navy and Army launched a rocket from a beachside launch pad in Virginia on Wednesday to test almost a dozen hypersonic weapon experiments to aid in the development of the new class of weapons, according to Reuters. The Pentagon deemed the test a success.

According to a Navy release, Sandia National Laboratories from NASA’s Wallops Flight Facility in Virginia evaluated hypersonic weapon communications and navigation technology as well as sophisticated materials that can endure the heat in a “realistic hypersonic environment.”

The United States and its international adversaries have advanced the development of hypersonic weapons, the next generation of weapons that deprive its enemies of reaction time and traditional defeat mechanisms.

The Pentagon launched these research and prototypes using a sounding rocket, a smaller and hence more cost-effective test vehicle, to bridge a critical gap between ground testing and full-system flight testing.

On Wednesday, tests of the Army’s Long Range Hypersonic Weapon and the Navy’s Conventional Prompt Strike (CPS) were scheduled (LRHW).

Companies like Raytheon Technologies Corp. and Lockheed Martin Corp. are working to develop a hypersonic weapon capability for the US.

The Pentagon made the development of hypersonic weapons one of its top goals after China successfully tested hypersonic launches last year and Russia began using them in its fight in Ukraine earlier this year.