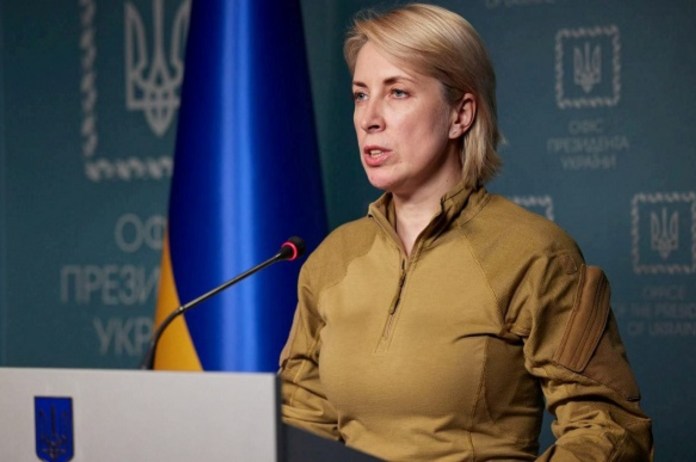 Russia-Ukriane War: Ukraine will begin evacuating those who wish to leave the recently liberated southern city of Kherson and its surrounding territories, according to Ukraine’s Deputy Prime Minister Iryna Vereshchuk, citing infrastructural damage caused by Russian forces that has made life extremely difficult for inhabitants.

Russian missiles reportedly attacked an oil warehouse in Kherson on Saturday evening, according to officials. This is the first time a gasoline storage facility has been damaged in the city since Russia retreated more than a week ago. At the same time, news of the evacuation broke.

A number of people have expressed a desire to leave Kherson and the vicinity of Mykolaiv, which is located approximately 65 kilometres (40 miles) to the northwest, according to Vereshchuk on Saturday.

“This is possible in the next few days,” she told a televised news conference in Mykolaiv when asked when the evacuations from Kherson would begin.

The government, according to Vereshchuck, had already taken the required steps to prepare for the evacuation. The elderly and others who had been harmed by Russian shelling were among those who wished to flee, she claimed.

“This is only a voluntary evacuation. Currently, we are not talking about forced evacuation,” Vereshchuk said.

“But even in the case of voluntary evacuation, the state bears responsibility for transportation. People must be taken to the place where they will spend the winter,” she said.

She noted that the government has a number of evacuation alternatives, one of which was to transport people to Mykolaiv as a transit city before sending them further west into safer regions of the nation.

Vereshchuk stated in August that Ukraine intended to increase the number of front-line districts where evacuations of civilians would be required due to the possibility of occupation and the potential for heating issues throughout the winter in Ukraine.

The Associated Press news agency was informed on Saturday that two missiles had struck a gasoline store in Kherson.

An apparent short video released on Twitter by Anton Gerashchenko, a government adviser and a former deputy minister of Ukraine’s interior ministry, appears to show dense smoke billowing after significant explosions were reported in Kherson on Saturday.

Kherson was just liberated, there’s still no water and electricity. Russia had added shelling to that. People have already been through so much. pic.twitter.com/wILWxYkdJO

Prior to their pullout earlier this month, Russian troops are allegedly accused by Ukrainian authorities of destroying Kherson’s vital infrastructure.

Local officials also disclosed to the Associated Press that when Russian forces departed the Kherson city region, they stole ambulances and fire vehicles. Firefighters claimed that as a result, they were in a desperate need of supplies to defend against missile and other threats.

In an effort to freeze the populace into submission and drive millions of Ukrainians to migrate westward, causing a refugee problem for the European Union, President Volodymyr Zelenskyy and other authorities have accused Russia of trying to destabilise the country by destroying power plants.

Despite the continued Russian assaults on the nation’s infrastructure for producing electricity, the Ukraine’s energy ministry stated on Saturday that the country’s electricity supply were under control.