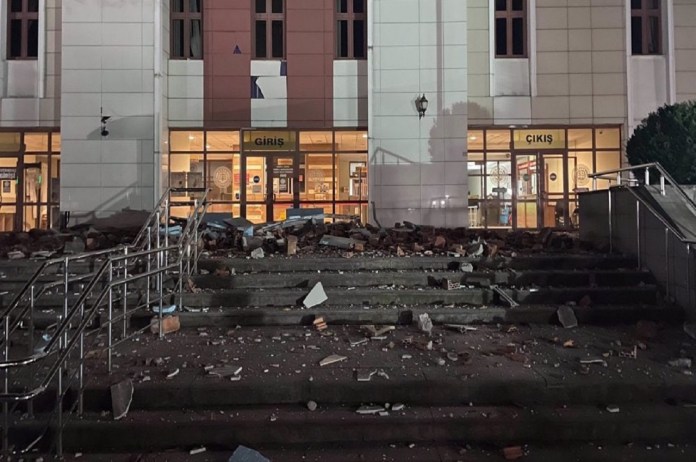 Istanbul: At least 68 people were injured after an earthquake of 5.9 magnitude that struck Turkey’s northwest province of Duzce early on Wednesday.

At least 68 people were treated in hospitals for injuries in Duzce and nearby regions, mostly sustained during the panic, including from jumping from balconies or windows. A 28-year-old Afghan was in serious condition after suffering a brain hemorrhage, Health Minister Fahrettin Koca said, as reported by AP.

There were no reports of deaths or major destruction in the tremor, which struck at 04:08 am (0108 GMT) with its epicenter in Golyaka, a district in Duzce about 200 km east of Istanbul.

“We almost completed our checks in the villages around Golyaka. There is no severe damage reported; only some barns were wrecked in these places,” Interior Minister Suleyman Soylu said on broadcaster TRT Haber.

“Although the earthquake caused damage to many buildings in Golkaya, fortunately, we did not experience any serious destruction or loss,” Turkish President Recep Tayyip Erdogan said in an address to his ruling party’s legislators.

The injured were treated in hospitals in Duzce and nearby regions. People were also hurt in Zonguldak, Bursa and Istanbul.

The Duzce court house was among some eight buildings in the area that were damaged, said state-owned Anadolu news agency.

Local television footage showed people rushing out of the buildings in panic and waiting on the roads.

Earlier the European-Mediterranean Seismological Centre (EMSC) said the earthquake had a magnitude of 6.0 and was at a depth of 2 km (1.2 miles), as reported by Reuters.

Around 800 people were killed after a massive earthquake of 7.2 magnitude hit the Duzce province in 1999.