Sunak promises Britain a hopeful future, says “I will do everything I can…” 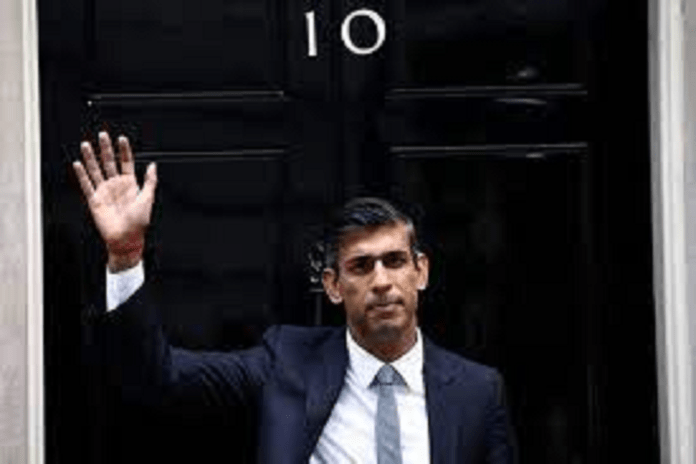 After Truss resigned owing to the political unrest in the nation, Rishi Sunak won the Tory leadership race and became the third UK prime minister in seven weeks.

Indians felt proud of themselves as a result of Sunak’s ascent to power. As the “living bridge” of Indians in the UK, Indian Prime Minister Narendra Modi also extended to him “special” Diwali greetings.

Sunak is of Indian ancestry; his parents immigrated to the UK from East Africa in the 1960s. Sunak claims that growing up in southern England with a doctor for a father and a pharmacist for a mother inspired him to want to help people.

Sunak’s election was the culmination of his swift ascent to power. He was originally elected as an MP in 2015 and served two years on the opposition benches before joining Theresa May’s cabinet as a junior minister. Sunak’s first significant government position was given to him by Johnson, who appointed him as the Treasury’s chief secretary in 2019 and elevated him to chancellor in 2020.

Rishi Sunak, who also disagreed with the former prime minister during the previous leadership contest, was the first to “predict” financial difficulties under Truss. He also called her intention to borrow money during an inflation crisis a “fairytale” that would throw the economy into disarray.

In his first speech outside No. 10, he declared that the UK was experiencing a “deep economic crisis” and pledged to win over the faith of the populace despite both political and economic turmoil.