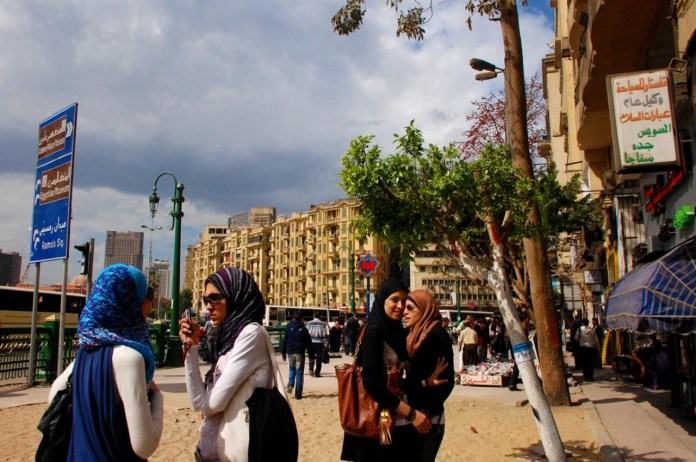 New Delhi: In the middle of the summer, shops are still selling winter clothing from the previous season. Appliance spare parts are scarce in repair shops. To purchase a new car, there is a waiting list.

Egypt, which has a population of more than 103 million, is running out of foreign cash needed to purchase necessities like petrol and grain. The government has restricted imports in order to retain American funds in the nation, which results in fewer new vehicles and summer outfits.

Life is far harder than off-season shopping for the millions of Egyptians who live in poverty and in subpar conditions as a result of the nation’s economic problems; they are having a difficult time putting food on the table. In the Middle East’s most populous country, a decade after deadly protests and political unrest shook it, the economy is still in shambles and has suffered additional setbacks.

Cleaner Fatima, 32, claims that her family stopped purchasing red meat five months ago. She lives in Cairo. A luxury food is now chicken. To pay her bills, she is borrowing from family members.

She’s worried about the impact of high prices on Egypt’s social fabric. Asking to be identified only by her first name for fear of reprisal, she worries that crime and theft will increase “because people won’t have enough money to feed themselves.”

The majority of Egyptians have relied on the government for years to keep essential items affordable, but the impact of Russia’s war in Ukraine is putting pressure on that social compact. For the purpose of importing grains for bread with government subsidies, Egypt has applied for loans. In addition, it is struggling with rising consumer prices as the value of the currency declines. Concerns have been expressed about the possibility of food insecurity in the country that imports the most wheat in the world—80% of which comes from the war-torn Black Sea region.

“In terms of, like, bread in exchange for freedom, that contract got violated a long time ago,” said Timothy Kaldas, an economic expert at the Tahrir Institute for Middle East Policy.

In August, annual inflation increased to 15.3% from just over 6% in the same month previous year. Recently, the Egyptian pound saw a record low versus a rising dollar, trading at 19.5 pounds to $1. In March, immediately after Russia’s invasion sent commodity prices surging and investors withdrew billions of dollars from Egypt, this resulted in a nearly 10% decline in foreign reserves that were required to purchase grain and fuel, widening the trade and budget deficits.

There aren’t many choices for Egypt to close the financial gap. It has appealed to its Gulf Arab friends and the International Monetary Fund for a bailout, as it has in prior crises.

A fresh loan from the IMF would help Egypt’s declining foreign reserves, which have dropped from $41 billion in February to $33 billion today. A fresh loan will, however, increase Egypt’s already massive foreign debt, which, according to estimates from the Egyptian central bank, increased from $37 billion in 2010 — prior to the Arab Spring upheavals — to $158 billion as of March.

Leaders attribute the difficulties to the coronavirus outbreak, which damaged the crucial tourism sector, and price shocks brought on by the conflict in Ukraine. Additionally, they have criticised revolutionaries and others who might have supported the Muslim Brotherhood.

“Why don’t you want to pay the cost of what you did in 2011 and 2013?” President Abdel Fattah el-Sissi said in televised remarks this month. “What you did — didn’t that negatively impact the economy?”

He was alluding to the demonstrations that led to the overthrow of Egypt’s long-serving president, the inauguration of the divided Muslim Brotherhood government, the military’s subsequent takeover of power, and the election of el-Sissi as president.

The former military commander claimed that the consequences of those years cost Egypt $450 billion, a penalty that he said must be borne by all.

Critics contend, however, that the government is squandering on unnecessary mega-projects as it constructs a new administrative capital and has wasted opportunities to enact serious reforms. The construction boom has been hailed by the administration as an economic and job-creating force.

The state’s hold over the economy and the “outsized role of military-related enterprises” have historically crowded out foreign investors and the private sector, said Hasnain Malik, who heads equity research at Tellimer, an emerging-markets investment analysis firm. The government’s plans to sell off minority stakes in some state-owned enterprises “does not necessarily fix this problem,” he said.

The affluent of Egypt can afford soaring prices because they reside in gated communities and apartments with views of the Nile far from the bustle of Cairo. The quality of life for middle-class Egyptians is declining, according to Maha, a 38-year-old mother of two who works for a digital company and asked to only be named by her first name so that she could speak freely.

“I think we will eventually move down the social ladder and end up below the poverty line,” she said.

This summer, the government borrowed $221 million from the African Development Bank and $500 million from the World Bank to help fund the purchase of wheat. That provides bread subsidies to 70 million Egyptians with modest incomes for about six weeks.

China provided support for a $2.8 billion currency exchange. The United Arab Emirates, Saudi Arabia, and Qatar intervened with promises of $22 billion in short-term investments and deposits.

“Having what they define as stability in Egypt is in their strategic interests. They really don’t want to go through a repeat of 2011 and its aftermath,” said David Butter, an associate fellow at international affairs think tank Chatham House. Gulf Arab states are also making strategic investments in Egypt for the short and long-term, he said.

The administration unveiled a “exceptional” social safety scheme that will launch this month and provide extended cash transfers and food coupons to 9 million people. This is in addition to other aid initiatives, such as temporary markets that sell cheap food. There is enough wheat and other staple foods for six months, according to officials, who refer to how they handled the supply crisis brought on by the virus and the war in Ukraine.

Some have more hope after leaving. According to a flow chart created by the International Organization for Migration, Egyptians are the second most common nationality of “irregular entrants” to Europe so far this year, right behind Afghans. Most go by sea

The Egyptian pound is under increasing pressure, and the government may decide to devalue it once more.

“It’s going to hurt. It’s going to increase inflation,” said Kaldas, the Tahrir Institute economic expert. “Subsidies on bread is only one line-item in a family’s budget. So, for a lot of families, this is still going to be a lot of pain.”