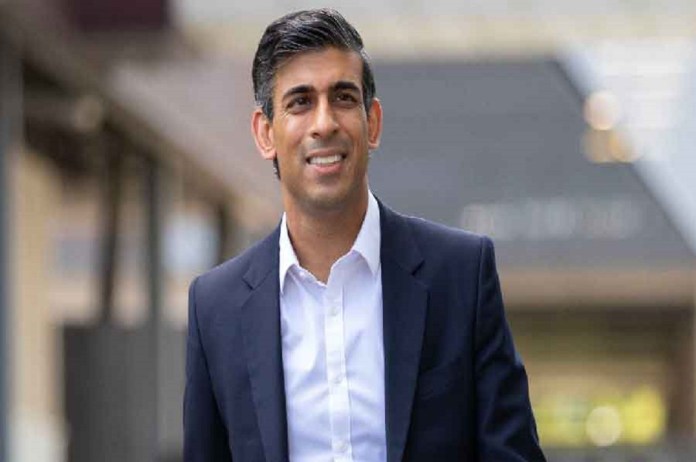 New Delhi: Following his victory in the contest to become the next prime minister, Rishi Sunak called for cooperation in the face of a “deep economic challenge.”

Due to Penny Mordaunt’s inability to garner enough support from MPs, he won the race for the Conservative Party leadership.
In his opening remarks, Sunak declared that uniting his party and the UK would be his “utmost priority.”

The first British Asian prime minister and the youngest in more than 200 years will be Sunak. The King officially chose Sunak, a 42-year-old practising Hindu, who is slated to start working on Tuesday.

Since the Conservatives won the most recent election in 2019, Labour has led calls for a general election to be held before Mr. Sunak assumes office as the third prime minister.

Following the announcement of the outcome by Sir Graham Brady, the head of the 1922 committee of backbench Conservatives, Sunak addressed Tory MPs. According to MP Simon Hoare, Sunak warned them in the address, which was delivered behind closed doors, that the following months would be difficult and ruled out calling an early general election.

The former chancellor claimed the Conservative Party was under an “existential threat,” but that by coming together, it could overtake Labour in the polls and win the next election.

In a shorter than two-minute TV speech, Sunak congratulated outgoing Prime Minister Liz Truss for governing the nation under “exceptionally challenging conditions” and vowed to serve with “honour.”

“The United Kingdom is a great country but there is no doubt we face a profound economic challenge,” he said. “We now need stability and unity and I will make it my utmost priority to bring our party and our country together.”

The former chancellor made a swift political return after losing to Truss in the most recent leadership election during the summer, which is effectively capped by Sunak’s coronation as the Tories’ leader.

Truss tweeted to congratulate him and to pledge her “full support,” despite the fact that Sunak had called her tax-cutting strategy “fairytale economics.”

The economic downturn and strain on the government’s finances, which were made worse by Truss’s mini-budget, which was mostly abandoned, will be present when her successor is in office.

Jake Berry, the chairman of the Conservative Party, declared that after a protracted period of extreme political unrest under Truss’s leadership, it was time for the party to “rally four-square behind Rishi.”

Mordaunt announced his withdrawal from the most recent competition minutes before the results were made public, acknowledging that “clearly, colleagues feel we need certainty today.”