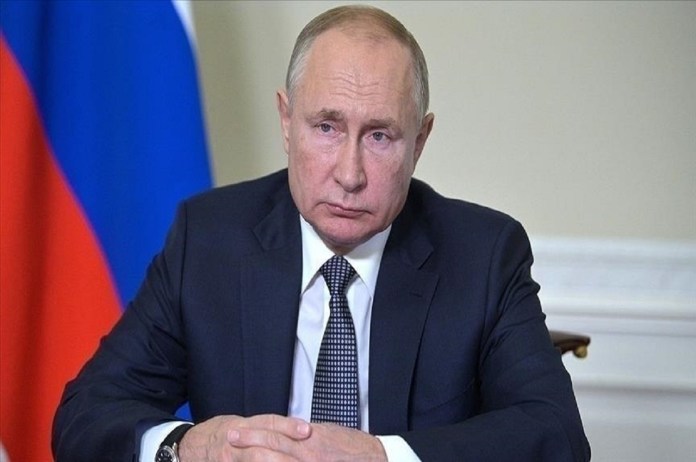 New Delhi: In an effort to mediate a resolution to the long-running disagreement between the two former Soviet neighbours, Russian President Vladimir Putin hosted the presidents of Armenia and Azerbaijan on Monday.

The goals of the initial meeting between Russian President Vladimir Putin and Armenian Prime Minister Nikol Pashinyan, which took place at Putin’s Black Sea villa in Sochi, were to ensure peace and stability and clear traffic congestion to support Armenia’s economic and social development.

Nagorno-Karabakh is a region of Azerbaijan that has been occupied since the end of a separatist war there in 1994 by ethnic Armenian forces with Armenia’s support. This conflict between Armenia and Azerbaijan has raged for decades.

“We see the approaches of our colleagues to what is happening on the Armenian-Azerbaijani border and around Karabakh,” Putin said on Monday. “This conflict has been going on for a decade, so we still need to end it.” Putin’s talks with Pashinyan and Azerbaijani President Ilham Aliyev concerned implementing a 2020 peace deal that Russia brokered.

Azerbaijan recaptured large portions of Nagorno-Karabakh and surrounding regions that Armenian forces had held for decades during a six-week war in 2020. In the combat, more than 6,700 individuals perished. Moscow sent over 2,000 soldiers to the area to act as peacekeepers.

In addition to pushing for the release of Armenian prisoners of war, Pashinyan stated on Monday that he would also push Azerbaijan to withdraw its forces from the Russian-maintained peacekeeping zone in Nagorno-Karabakh.

According to Russian state news outlets, there was also talk of extending the Russian peacekeeping mandate.

In September, when fresh battles broke out, more than 200 personnel on both sides lost their lives. Azerbaijan and Armenia both claimed responsibility for starting the conflict.

The prominent supporter and ally of Armenia is Russia. It retains a military facility in Armenia while simultaneously forging close connections with Azerbaijan, striking a careful balance.

Putin noted last Thursday that the Kremlin had advised Pashinyan’s government to accept a compromise in which Armenian forces would hand over Azerbaijani lands outside of Nagorno-Karabakh that they had taken in the early 1990s before the 2020 hostilities, which appears to be a reflection of tensions with Armenia’s leadership.

During the 2020 battle, Azerbaijan recaptured not just those regions but also sizable portions of Nagorno-Karabakh proper, leading Putin to regret that “the Armenian leadership has taken a different course.”