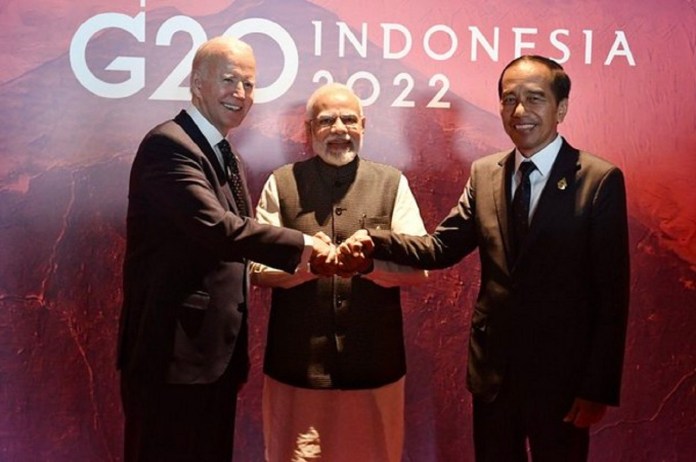 The leaders met on the sidelines of the ongoing G-20 summit in Bali in Indonesia, which is the outgoing chair of the group.

India takes over the year-long rotating presidency in November and will host the next summit.

In a readout of the meeting released by the US, Biden congratulated Widodo for Indonesia’s “leadership to galvanise countries around the world to launch the Financial Intermediary Fund (FIF) for Pandemic PPR hosted by the World Bank (Pandemic Fund) to address gaps in pandemic prevention, preparedness, and response”.

He added: “This success has laid the foundation to take forward substantive health-finance collaborations during India’s G-20 presidency.”

PM Modi affirmed that G-20 is the premier forum for international economic cooperation, and underlined the importance of G-20 continuing to demonstrate its capacity to bring together major economies, to overcome global challenges.

“President Biden applauded Indonesia’s G20 Presidency for its efforts on a successful G20 Leaders’ Summit,” the readout said further, adding: “He looks forward to continuing to support the G20’s work under India’s Presidency.”

The annual G20 Leaders’ Summit began on Tuesday with participating world leaders deliberating extensively upon key issues of global concern including challenges posed by Covid-19 under the Summit theme of ‘Recover Together, Recover Stronger’.