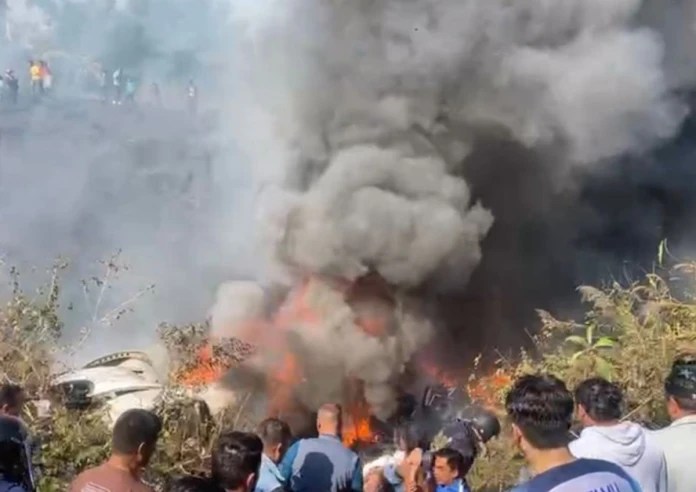 New Delhi: As many as 68 dead bodies have been recovered on Sunday from the runway at Pokhara International Airport in Nepal where a 72-seater plane crashed this morning, confirmed the Nepal’s Civil Aviation Authority.

According to local media The Kathmandu Post, the Yeti Airlines plane carrying a total of 68 passengers and four crew members crashed between the old airport and Pokhara International Airport. Yeti Airlines spokesperson Sudarshan Bartaula has confirmed the news.

As per the information, Yeti Airlines ATR 72 aircraft flying from Kathmandu to Pokhara crashed in Pokhara in Kaski district.

Yeti Airlines spokesperson Sudarshan Bartaula told The Post that there were a total of 68 passengers and four crew members on board the plane that crashed between the old airport and the Pokhara International Airport.

Pictures and videos posted on social media platforms showed plumes of smoke rising from the crash site. Details awaited. A rescue team has been deployed at the crash site by helicopter.

Meanwhile, Union Minister for Civil Aviation and Steel, Jyotiraditya Scindia, has extended his condolences in the “tragic plane crash”.