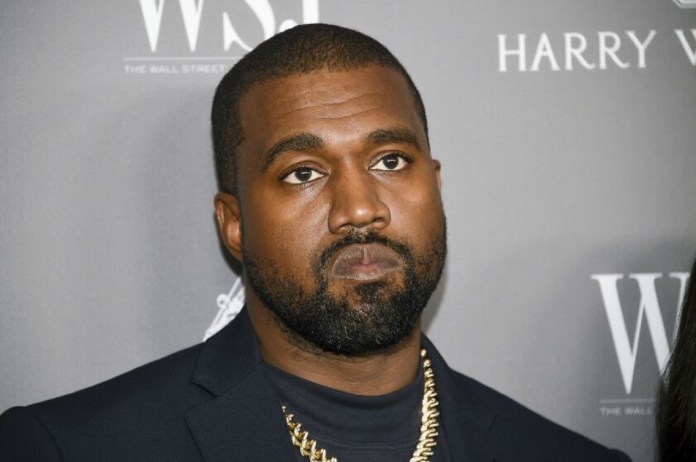 London: GAP and Adidas are the latest brands to cut ties with rapper Kanye West in response to his “hateful” and “inexcusable” anti-Semitic comments.

The American clothing company announced it was immediately removing the fashion designer’s Yeezy products from its stores and shutting down its associated website, The Sun reported.

While Adidas eventually confirmed it was terminating its partnership with the Grammy winner — who changed his name to Ye last year — following days of mounting pressure from celebrities on social media.

The German sportswear company, whose collaboration with Yeezy is estimated to bring in £1.5billion in annual revenue, said: “Adidas does not tolerate antisemitism and any other sort of hate speech.

“Ye’s recent comments and actions have been unacceptable, hateful and dangerous, and they violate the company’s values of diversity and inclusion, mutual respect and fairness.”

It appears the 45-year-old’s world is imploding just 11 months after he proudly claimed on social media: “They can’t cancel us . . . I’m above it,” the Sun reported.

What’s the controversy about?

The latest controversy kicked off at Paris Fashion Week three weeks ago when Ye wore a “White Lives Matter” T-shirt, considered by many to be a racist response to the Black Lives Matter movement.

Days later he said he was going “death con 3 on Jewish people,” an apparent referral to the US military’s Defense Readiness Condition (Defcon), which indicates the level of threat to national security, the report said.

Ye’s misuse of the term was seen as his intention to start a metaphorical war on Jewish people, which he later doubled down on.

The billionaire went on to allege he wasn’t “anti-Semitic because black people are actually Jew also” and that he is the victim of a “Jewish underground media mafia”, the Sun reported.

During an interview on Uncensored with Piers Morgan on TalkTV, he insisted he did not regret his anti-Semitic remarks, though he later apologised for the “hurt” and “confusion” he had caused.

Restricted from posting on social media

And on Monday, his ex-wife Kim Kardashian, 42 — and one of the most followed celebrities on social media — also condemned his behaviour, posting on her accounts: “Hate speech is never OK or excusable. I stand together with the Jewish community and call on the terrible violence and hateful rhetoric towards them to come to an immediate end,” the report said.

Despite 24 Grammys to his name and record sales in excess of 160 million, his future in music is also hanging in the balance.

American Vogue Editor-in-Chief, who has sat front-row with the rapper at fashion shows and put him on the cover of her magazine with Kim, is also boycotting Kanye, The Sun reported.

A spokesman for Vogue magazine said “that neither the magazine nor does its Editor-in-Chief Anna Wintour intend to work with Kanye West again.”

And a recently-completed documentary about him has been shelved.

Bosses of film studio MRC, which made the project, said: “We cannot support any content that amplifies his platform.”