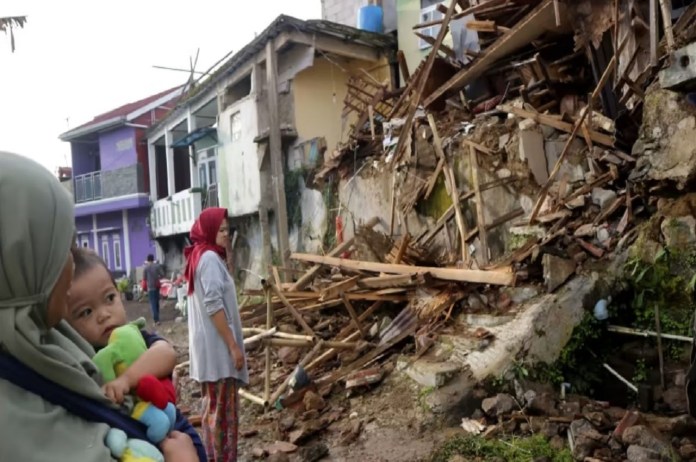 The 5.6-magnitude quake hit the Cianjur region in West Java about 1:21 p.m. local time on Monday at a depth of 10 kilometers (6.2 miles), according to the United States Geological Survey (USGS), causing buildings to collapse while school classes were underway.

The death toll from the earthquake has risen to 310 and a total of 24 people remain missing, CGTN reported.

Earlier, the country’s National Agency for Disaster Management (BNPB) Major General Suharyanto had said that the death toll rose to 271, many of them children, with over 150 missing.

It was reported that more than 22,000 homes were destroyed and over 58,000 people have been displaced.

The agency has built 14 refugee shelters with facilities for displaced people, Suharyanto said. Victims are expected to leave their temporary tents and move to these main shelters, he said.

According to Suharyanto, BNPB deployed more than 6,000 rescuers to search-and-rescue operations, reported CNN.

Indonesian President Joko Widodo, who visited areas affected by the quake on Tuesday, said the government would provide compensation of up to about USD 3,200 each for owners of heavily damaged homes.

Earthquakes are common in Indonesia, which sits on the “ring of fire” area of tectonic activity in the Pacific.