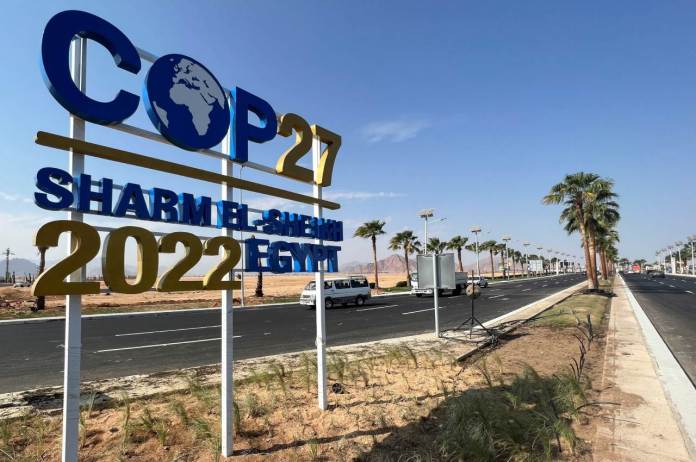 COP27: The initial text of the climate agreement, which was released by the UN on Thursday, omits the phase-down of all fossil fuels, which was proposed by India and backed by the European Union and many other nations.

In line with national circumstances and acknowledging the need for assistance for equitable transitions, the draught recommends “the continuous efforts to speed measures towards the phase down of unabated coal power and phase out and rationalise inefficient fossil fuel subsidies.”

The Glasgow Climate Pact from the previous year had essentially the same language. The Indian negotiators do not wish to comment “since conversations are going on,” an Environment Ministry spokeswoman stated when reached.

Additionally, neither the launch date nor the specifics of a loss and damage finance facility are mentioned in the cover language.

The conclusion of the COP27 must include a resolution to establish a fund to deal with loss and damage, which is a phrase for the irreparable damage brought on by climate change-related disasters. This is what poor and developing countries have sought.

The Glasgow Pact was one of the longest cover texts in the history of UN climate summits; nevertheless, the 20-page document, dubbed a “non-paper” by the UN Framework Convention on Climate Change, is 8,400 words longer.

On Saturday, India had suggested that the negotiations end with a decision to “scale down” all fossil fuels, not just coal.

In a statement to the media on Tuesday, EU Vice President Frans Timmermans said that the EU would welcome India’s plan “provided it builds on what we already agreed in Glasgow.”

Indian negotiators had informed the Egyptian COP27 presidency that reaching the long-term aim of the Paris Agreement “needs the phase down of all fossil fuels,” citing the IPCC’s Sixth Assessment Report.