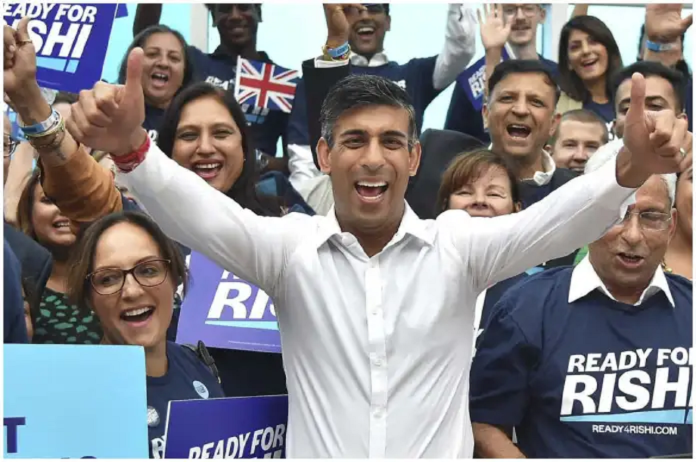 Rishi Sunak: After being elected British Prime Minister, Rishi Sunak promised to serve the country’s citizens day and night. Rishi Sunak had already arrived at the Conservative Party’s headquarters and met with other party officials. The 42-year-old Rishi Sunak is now Britain’s first Hindu prime minister. A leader this young has never been appointed prime minister of Britain in the previous two centuries.

Rishi Sunak was first elected as an MP in 2015 and hailed from Richmond, Yorkshire. Rishi Sunak declared that bringing the nation together would be his first priority shortly after the results were made public on Monday. After Liz Truss’ resignation, Rishi Sunak was leading the race to become prime minister. He eventually prevailed. More than 180 Conservative MPs supported Sunak.

In Southampton, England, Rishi Sunak was born into an Indian family. His father works as a medical practitioner for the National Health Service, while his mother is a pharmacist (NHS). Punjab is where Sunak’s grandparents are from. Sunak holds degrees from Stanford University and Oxford University. He is wed to Akshata Murthy, the child of Infosys co-founder Narayana Murthy. In 2009, the couple exchanged vows. Anushka and Krishna, their two daughters, were born.

In 2015, Rishi Sunak was elected as a Member of Parliament (MP) in Richmond, Yorkshire. He was appointed Chancellor of the Exchequer in February 2020, the most significant cabinet position in Britain. During the Covid epidemic, Rishi Sunak’s economic package for workers and businesses received high praise.

For the position of UK PM, Liz Truss was opposed by Rishi Sunak. Even if he had to accept loss in the election, Truss’ resignation strengthened his case. Britain is currently experiencing severe economic crisis. Sunak will be tasked with the task of salvaging it.