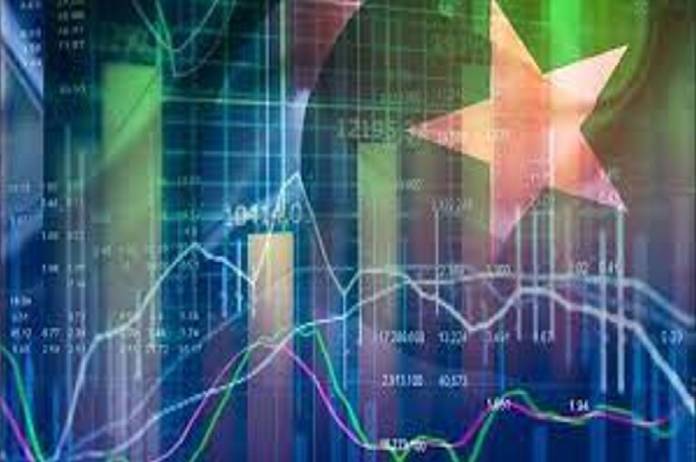 Aasif Suhaf, Srinagar: In Pakistan, crippling debt, galloping inflation and a feeble currency have combined to keep growth stagnant with little prospect of genuine improvement. In addition to economic woes, Imran Khan has been removed by a coalition government of around a dozen political parties which has further triggered a political and economic crisis in Pakistan.

The present government claims that Pakistan is better off without the corrupt, vindictive and inefficient PTI regime and denies allegations over the ensuing crisis. However, things are not as simple because regime change augmented the political crisis in the country and the country is experiencing an economic upheaval.

Before the no-confidence vote against him, Imran Khan claimed he would be more dangerous to the opposition once he was out of power. Now the PML-N will be faced with serious challenges as people have already grown agitated with the incumbents. The PML-N cannot absolve itself of the responsibility of failing to tackle the prevailing economic crisis by simply blaming the former government of the PTI.

During bye-election speeches in Lahore, Imran Khan lambasted those who “compromised the country’s sovereignty by siding with the US over its conspiracy of regime change”. He has been able to amass public support by playing on their sentiments.

Moreover, the idea that regime change was not entirely constitutional questions the legitimacy of civilian governments and reveals their fragility. The PTI alleges that the no-confidence motion took place under a foreign conspiracy with the involvement of domestic forces.

For decades, Pakistan has been faced with recurrent political, economic and social crises because democracy has not been allowed to function freely. This is detrimental to the welfare of the country and the well-being of the people. The situation can be further worsened in times to come if military decide to take over the country following its history replete with forced regime change.

The survey, which provides foreign trade data for the first ten months of this financial year, shows that the country’s trade deficit has increased by more than 21% in ten months. Government and international statistics show poverty among Pakistan’s rapidly expanding estimated 220 million population is on the rise.

International lenders expect poverty to rise to more than 40 per cent from 24 per cent in 2015, and the country could be home to as many as 80 million poor compared to some 55 million in 2015.

Ali Malik, a financial adviser and writer in the eastern city of Lahore, says that while the current government’s initial indecision contributed to “stagflation” marked by no growth and rising inflation, his country’s economic troubles are much deeper and need to be analyzed without partisan bias.

Pakistan’s high defence spending, which goes well over the global average of 2 per cent of GDP, comprises some 20 per cent of overall government expenditure and constantly overshadows the economy. Despite the onset of the COVID pandemic last year, Islamabad increased its defence budget 11 per cent to $7.85 billion compared to a paltry $151 million for health care.

Pakistani leaders need to take some time out to think about how even Bangladesh has stolen a march and performed on the economic front, while their country has gone into the abyss. Friendly relation with India and Afghanistan, abandoning the policy of exporting terrorism are perfect recipes to make Pakistan once again an economic hub in the region, keeping in view its connectivity and potential.

A recent report, “Water Crisis in Pakistan: Manifestation, Causes and the Way Forward,” published by the Pakistan Institute of Development Economics (PIDE) sheds some light on the gravity of the issue by adducing eye-opening statistics.

Pakistan ranks 14 out of 17 “extremely high water risk” countries in the world, as the country wastes one-third of water available. More than 80 percent of the country’s population faces “severe water scarcity.” Water availability in Pakistan has plummeted from 5,229 cubic meters per inhabitant in 1962 to just 1,187 in 2017.

Col. Abid, a senior defense analyst and an expert on water management in Pakistan, says that “climate change, the apathy of successive governments towards growing water shortage at all levels, and the lack of planning have resulted in a severe water crisis” in Pakistan.

“The country has reached a stage where its water management system seems to be progressing in the wrong direction,” he argued, adding that “instead of getting better, the crisis is getting worse.”

Pakistan’s population is expected to exceed 380 million by 2050, according to a UN report. Moreover, by 2025 the demand for water in Pakistan is expected to reach 274 million acre feet (MAF) as compared to 191 MAF supply of water.

Former Pakistan prime minister Imran Khan has warned that the Islamic country could face food insecurity if farmers’ concerns were not addressed. He made the remarks at a farmers’ convention in Islamabad.

“There is a danger to all of us. If special attention is not paid to farmers’ conditions then Pakistan could face problems of food security in the future,” Dawn quoted him as saying at the event.

According to an International Forum For Rights and Security (IFFRAS) report, inconsiderate planning and mismanagement of agricultural sources in Pakistan has left the country with an acute food shortage with a large portion of the population surviving starvation in the rural areas.

According to the World Food Programme (WFP), affordability is the largest barrier to achieving a nutritious diet, which a large part of the population is unable to afford, reported IFFRAS. WFP estimates that about 43 per cent of Pakistanis are food insecure while 18 per cent suffer from food insecurity.

Imran Khan had apparently lost support of the Army after he refused to endorse the appointment of the ISI spy agency chief last year. Finally, he agreed but it soured his ties with the Army. Since his ouster, there have been anti-Bajwa and anti-judges trends on social media, forcing the Army Chief and the Chief Justice of Pakistan to condemn the smear campaign. Both the Inter-Services Intelligence (ISI) and Federal Investigation Agency launched a crackdown on PTI social media activists and arrested 15 people.

A few retired military officers, such as Lt Gen (Retd) Tariq Khan, Lt Gen (Retd) Muhammad Haroon Aslam and former Chief of Naval Staff Afzal Tahir, have voiced support for ousted PM Imran Khan and criticised the Supreme Court ruling that preceded the vote. Some senior army officers have even participated in the Imran Khan long march against the Government.

There have been no budget cuts for defence even when country is facing an unprecedented economic crisis which has fuelled public outrage against Pakistan Army & Gen Bajwa. Military elites enjoy special privileges and military as a institution has major stake in real state and other businesses. The outrage mong public is so much that #GoBajwaGo & #BajwaMustResign (In Urdu) were trending on Twitter in Pakistan for more than a week.

It’s high time that Pak Military incl ISI stop Interfering with the Judicial & Political processes, or days are not far when India will be having a completely failed state as a terror safe haven in its immediate neighbourhood.