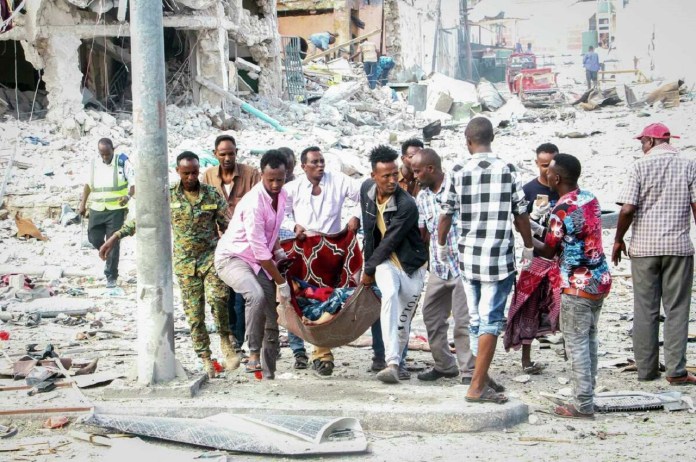 The police said one of the blasts targeted the Ministry of Education which is located at Zone junction while two other blasts were heard in the vicinity of K-5 junction which is home to government offices, hotels and restaurants.

An Associated Press journalist at the scene saw “many” bodies and said they appeared to be civilians traveling on public transport.

No group has claimed responsibility for the latest attack although the militant group al-Shabab often stages such attacks in the country, Xinhua reported.