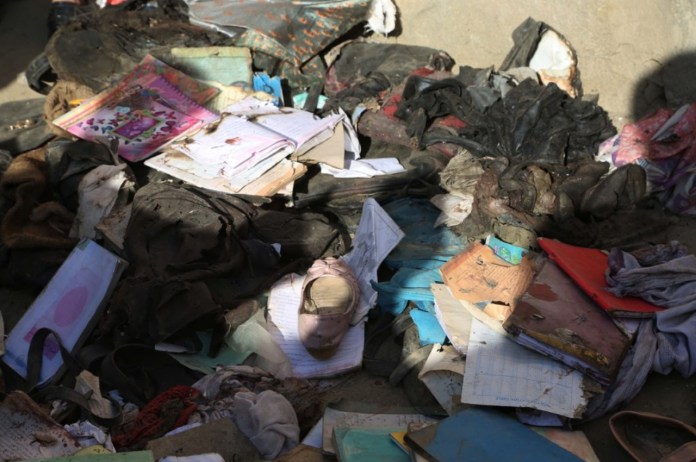 New Delhi: The death toll from a suicide bomb attack on a classroom in Afghanistan’s capital city, Kabul has risen to at least 35 as 82 others are seriously wounded, the UN mission in Afghanistan told AFP on Saturday.

The explosion took place at the Kaaj education centre in the Dasht-e-Barchi area, a predominantly Hazara neighbourhood, in the west of the city.

“I saw parents, other members of the families of the Kaaj students, screaming and running up and down,” Taiba Mehtarkhil, an eyewitness told the news website.

“Some were trying to get emergency medical attention to their loved ones and some others were looking for their sons and daughters. I saw around 20 killed and many more wounded with my own eyes.”

Another eyewitness said she was about 20 steps from the gate when the explosion threw her to the ground.

“When I got inside, I saw many of my classmates in blood. I found out that the explosion had happened inside my classroom,” she said.

Taliban spokesman Zabiullah Mujahid condemned the attack, in a tweet, on Friday: “The Islamic Emirate of Afghanistan calls the attack on Kaj training center in the 13th district of Kabul a big crime, strongly condemns it, and expresses deepest sympathy to the families of the victims of this incident.”

“Serious measures will be taken to find and punish the perpetrators,” he added.