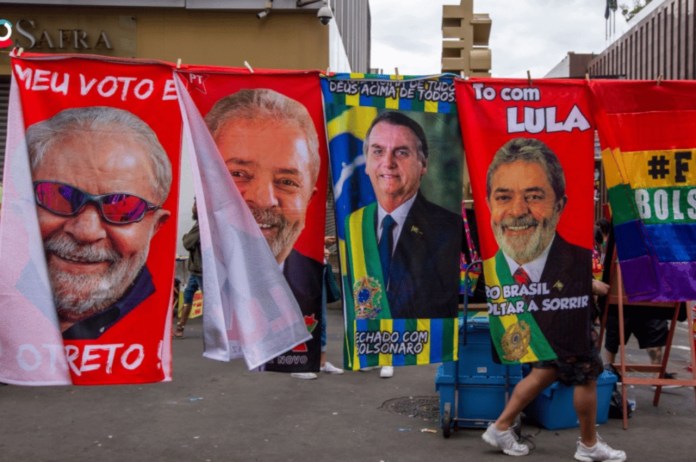 New Delhi: In the nail-biting fight between Luiz Inácio “Lula” and Jair Bolsonaro, the former is leading ahead with 48% votes and the incumbent president is trailing behind with 43.2%. The third runner Simone Tebet of Brazilian Democratic Movement (MDB) is trailing behind at 4.2% with 49,15,288 votes.

According to the most recent official results, Bolsonaro, who is polarising and is frequently referred to as the “Trump of the Tropics,” received 43.2% of the vote against Lula’s 48.4%.

On Saturday, the most recent Datafolha survey revealed that Bolsonaro would win by eight points, while Lula would win by two to three points less.

In Sao Paulo on Sunday night, Lula told reporters that he was convinced he would prevail in the run-off election scheduled for October.

“It will be important (to have a second round) because we will have the chance to do a face-to-face debate with the current president to know if he will keep on telling lies,” said Lula, who was Brazil’s leader from 2002 to 2010.

Bolsonaro said in a brief press conference on Sunday that the harsh economic conditions experienced by lower-class Brazilians were reflected in the voting. He also pledged to win over supporters who are concerned about rising prices.

“We have a second round ahead where everything becomes the same, the (television advertising) time for each side becomes the same. And now we are going to show it better for the Brazilian population, especially the most affected class, the consequence of the ‘stay at home, we’ll see the economy later’ policy,” Bolsonaro said.

Bolsonaro, who frequently criticised the Brazilian electoral process and threatened to reject the results, defeated Lula in the most populous southeast states of the nation.

In the fourth-largest democracy in the world, more than 123 million Brazilians stood in long lines to cast their ballots, while 32 million more chose to abstain. TSE President Alexandre de Moraes claimed that new biometric security checks and a larger than anticipated voter participation were to blame for the lengthy lines.