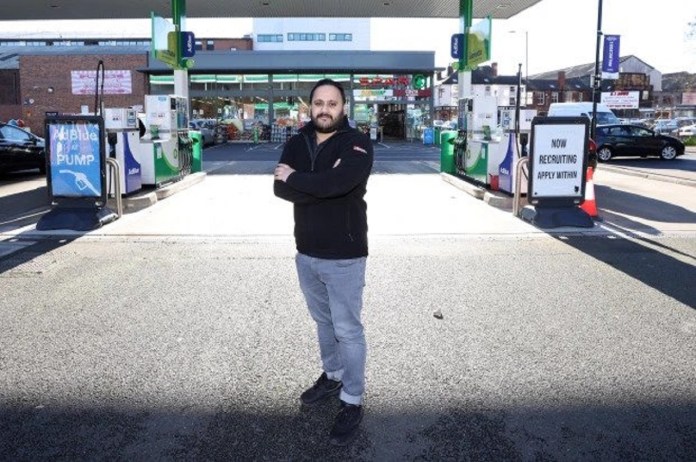 London: Petrol station boss Amrik Singh boasts the fanciest garage in the UK, and says his massive range of snacks, drinks and deals are ones “you can’t beat”.

Families flock from afar to the flashy Spar store, which went viral on social media for its rare American treats and in-house slushy machine, the Sun reported.

Site manager Singh, 30, is revelling in the sweet taste of success as his BP station is trending as one on the best in Britain.

His service station took off after it was shared on TikTok, as viewers gawked at it’s massive stock of sweets and protein shakes.

It also features a Subway, Spar shop and a 24-hour Costa, the Sun report said.

Amrik Singh said: “We’re the most competitively priced garage forecourt shop in the country and we sell a range of sought-after American sweets and drinks that aren’t for sale elsewhere.”

But while it is already a huge hit with motorists, the Sheffield garage has also caught the ire of some parents thanks to edgy marketing on one of its gym supplements.

Mum-of-four Jade Handley, 29, who had travelled to the shop with her partner and three of their kids simply to buy American goodies, said: “It’s a pretty good shop.

They’ve got the best sweets from America you can’t get anywhere and I can never resist a Tango Ice Blast.

“But I don’t think the swear words on the pre work out formulas right next to the sweets goes down well.”

Proudly showing The Sun Online team around his store, Amrik Singh said: “We are very popular and it is demanding work but I enjoy it, the Sun reported.

“We are the best in price and the best in size. We’re all under one roof and we sell everything you need on a daily basis.”

The store, which does not have a licence to sell alcohol, appeals to customers right as they walk in — with walls covered top to bottom with shelves of iconic American sweets.

With the station right next to Sheffield United’s stadium, he told the Sun: “On match days it is madness and difficult to handle. We have to increase our minimum five staff to ten or more.”