5 important things to know about Monkeypox amid fierce spread 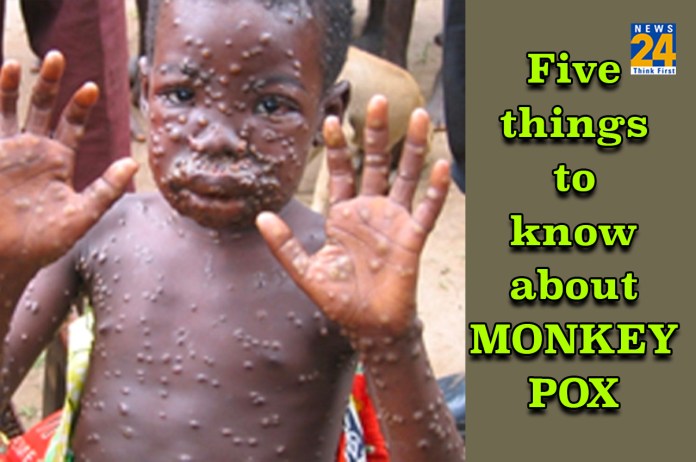 New Delhi: The latest outbreak of monkeypox, a virus which is transmitted from rodents to humans, has started to show its presence in various parts of North America and Europe. Dozens of cases have started to pop out as the World Health Organization is coordinating with various health agencies.

Here are 5 things you should know regarding ‘monkeypox’

Monkeypox is a viral zoonotic disease caused by the monkeypox virus. It can be transmitted from animals to humans. It can also spread from human to human.

The monkeypox is generally found in Central and West Africa, where tropical rainforests can be found. In such an environment is becomes more feasible for animals to carry around a live virus.

Monkeypox was first discovered in monkeys kept for research in 1958. The first human infection of monkeypox was detected in 1971.

The symptoms generally include, fever, intense headache, muscle aches, back pain, low energy, swollen lymph nodes and a skin rash or lesions. The rash usually begins within three days of start of the fever. Lesions can be flat, slightly raise, filled with clear or yellowish fluids, and can then crust, dry up and fall off. The number of lesions on a person can range from a few to several thousands. The rashes seem to appear on the face, palms, soles, mouth, genitals, and eyes.

The symptoms last for two to four weeks and would cease to exist after that without any treatment. If you feel like having monkeypox seek advice from a healthcare professional.

Monkeypox can lead to medical complications and even death in a few cases. New-born, children, and people who possess a deficient immune system can experience serious conditions and even death from the virus. Complications from severe cases of monkeypox include skin infections, pneumonia, confusion, and eye-infections. The people who have died due to monkeypox constitute 3-6% of the reported cases. It usually leads to death of children or people with prevailing health conditions. This is conveyed by limited but available data from the endemic countries. This might be an overestimation as per WHO.