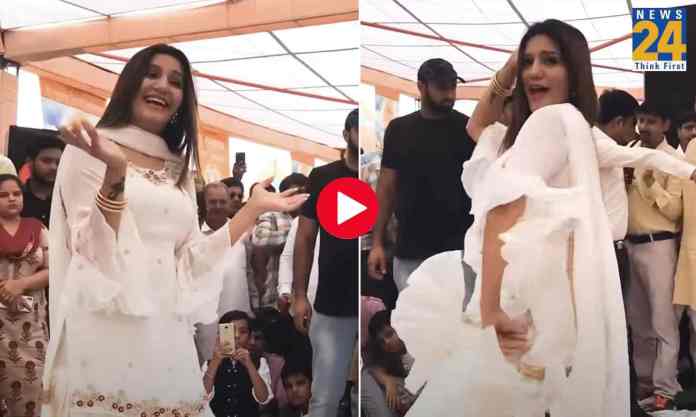 Haryanvi Song: The craze of Haryanvi songs has been such a shadow on the younger generation that people do not dance until the Haryanvi songs are played on the DJ. Not only this, people love Sapna Chaudhary, and her stage shows always get viral as soon as they come. Recently, a two-year-old song by Sapna Choudhary is going viral on YouTube. In this song, Sapna Chaudhary has donned a white colour suit and is making people crazy by flicking her open hair.

The title of this song which is rocking the internet is ‘Bairn nu dunge maare’, in which Sapna has driven everyone crazy with her bold dance. Millions of people have gathered to watch her stage show. The song ‘Bairan Nu Dhunge Maar’ has got 104,867 views so far. This video has been uploaded by a YouTube channel named Samir Kaushik.