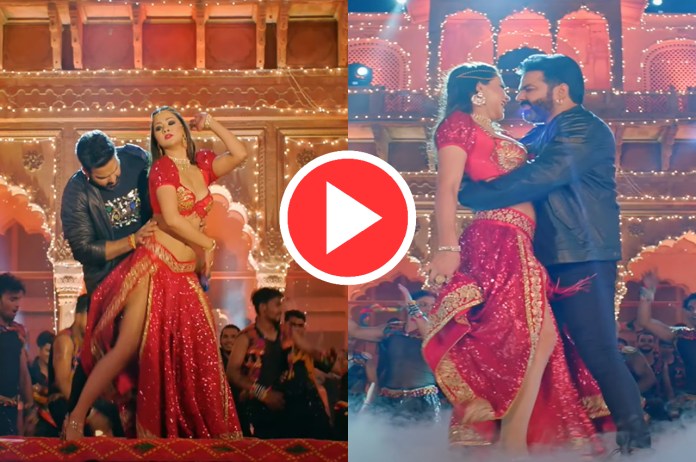 Bhojpuri Video: Bhojpuri superstar Pawan Singh’s new song ‘Laal Ghaghra’ has been released on September 14, 2022. In this video, Pawan can be seen with Bhojpuri bold actress Namrata Malla. Soon the song was released, and it has got more than 10 million views so far.

Bhojpuri actress Namrata Malla is known for her bold dance moves. This song will mark the first collaboration of Pawan and Namrata. After watching the song, they both are getting lots of appreciation from the audience. In the clip, Namrata donned a red colour lehenga while Pawan opted for a black jacket paired with the same colour jeans. Now, the actress is also having fun with Pawan Singh with her hot bold dance.

The song became a superhit among the fans as soon as it surfaced on social media. In just a few hours, the song has received more than 8 lakh views on YouTube. This song is also sung by Pawan Singh and Shilpi Raj. This song is written by Vijay Chauhan and the music is given by Shubham Raj. The song is uploaded by Saregama Hum Bhojpuri.

In a recent press conference, Pawan Singh revealed that he was going to shoot for ‘Mohabbat Ab Bechata’ 2 instead of ‘Laal Ghagra.’ He also said that part 2 will come soon. The singer also disclosed that his song ‘Lollypop lagelu 2’ is almost ready and will release soon.