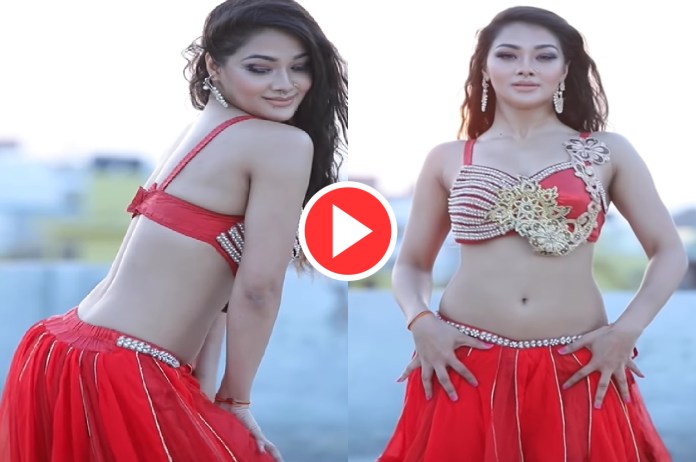 Bhojpuri Video: The whole world knows Namrata Malla, the hottest and boldest actress in the Bhojpuri industry. The acting of the actress is so intoxicating that everyone falls in love with her. Not only this but whenever Namrata dances, the fans get sweaty after seeing her moves. The actress shared an another hot video on her Instagram. The video is creating panic in the internet world.

Namrata Malla shared a video on her official Instagram account which has been spread like fire on social media. In the video, the actress is wearing a red ghagra choli. She is looking very glamorous. At the same time, Namrata is seen dancing fiercely to the song ‘Laal Ghagra’. Along with this, the actress is giving more than one tremendous expression which is making people crazy.

The actress is wearing a red coloured ghagra in this video in which she is looking very bold. Seeing which people are getting sweat. This video of the actress is making headlines on social media. The video has got 17,379 likes so far. At the same time, users are dropping comments on this video of the actress. One user commented and wrote – ‘Jio Rani’. At the same time, another user praised her dance and said – ‘Fabulous performance’. Every video of Namrata spreads like fire as soon as it arrives, which people are desperate to see.