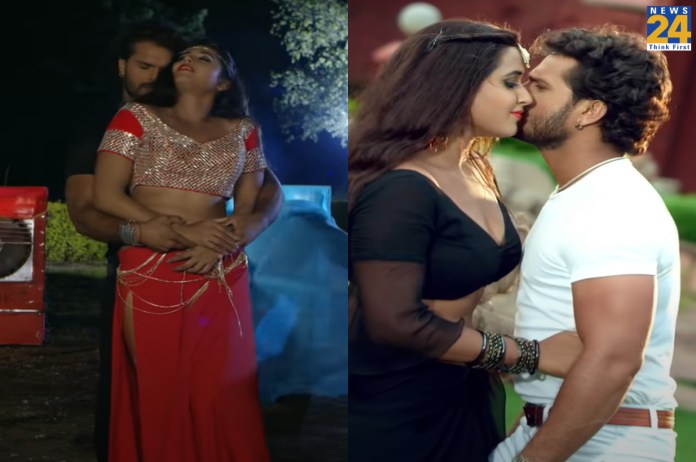 Bhojpuri Song: The pair of Khesari Lal Yadav and Kajal Raghwani is one of the favourite pairs of the Bhojpuri audience. An old song of both is quite trending a lot on social media. The title of this song is ‘Chhalakata Hamro Jawaniya 2’, in which Khesari Lal and Kajal can be seen making love in the cinema hall, sometimes in Chandni Raat.

This song is from the film ‘Deewanapan’. In the song, He is lost in Kajal Raghwani’s dreams. This song has been sung by Khesari Lal Yadav and Priyanka Singh together. The lyrics are written by Azad Singh and the music has been composed by Rajnish Mishra. The song gained 14,113,551 views so far. This song has been released by a channel named Yashi Films.